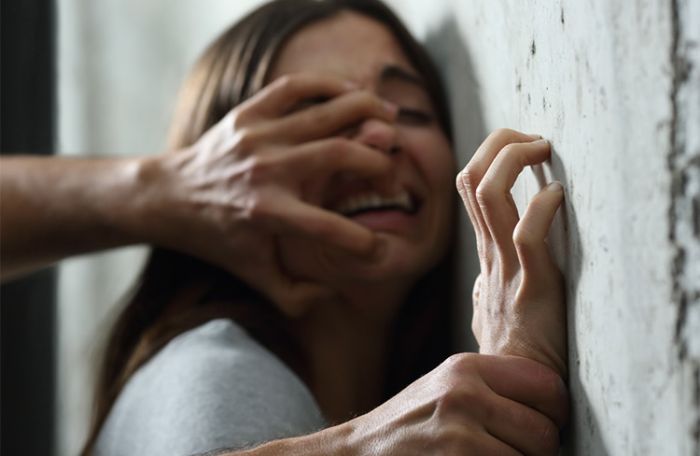 The Adamawa state police have arrested five members of a nine-man rape gang who allegedly raped a 33-year old lady in the state.

A female member of a 9-man rape gang was said to have deceived her friend, a 33-year-old lady into the men’s den.
The arrest of the five members of the gang who raped the 33-year-old woman including the lady who arranged it has been confirmed by the Adamawa state police command while the other four are at large.
Newsmen learnt that 30-year-old Zainab Jafaru arranged for her friend to be gang-raped and reportedly disappeared after taking her to the men.
Reacting on the sad incident, the Police Public Relations Officer in the state, DSP Suleiman Nguroje said;

“On 13/6/2020, following a report received from a 33-year-old lady being raped by a syndicate of 9 at Gerio, a remote area of Jambutu, Yola North LGA, police operatives attached to the command’s monitoring team, arrested five people: Ahmadu Ismail (20 years old); Salu Buba (25 years); Muhammed Ali (78 years); Abubakar Ali (28 years) and Zainab Jafaru (Female) 30 years.
“The incident happened on 12/6/2020 when the 5th Suspect Zainab Jafaru, deceived the complainant to accompany her to a certain place to meet her boyfriend.
“Upon arrival, Zainab’s boyfriend (now on the run), invited his gang, who forcefully had sexual intercourse with the complainant one after another.”