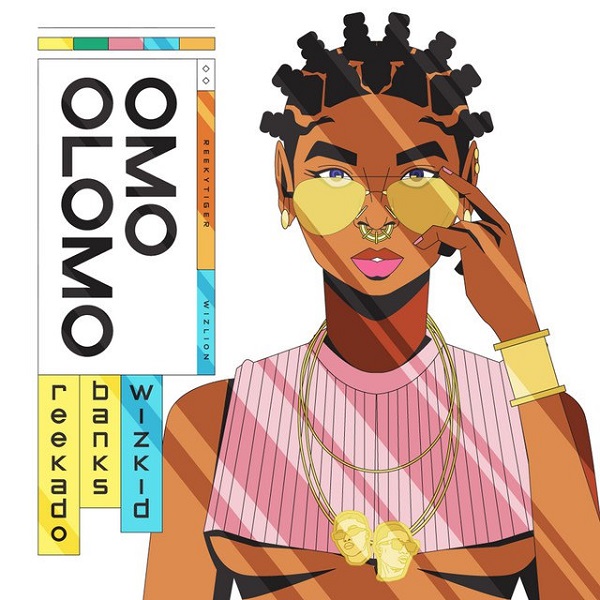 Reekado Banks teams up with Wizkid for the track “OMO OLOMO”…. Enjoy!!!

Award winning talented singer- Reekado Banksreturns with a brand new song titled ‘Omo Olomo‘ featuring Wizkid. The Banks Music boss serves us another single for 2020, A follow up to ‘Need More‘ featuring Kida Kudz and EO and his debut- ‘Options’ featuring Parker Ighile. This new jam produced by Blaise Beatz is a mid tempo Big Afrobeat Jam!.
Ayoleyi Hanniel Solomon known by the moniker, Reekado Banks is a multiple award-winning Nigerian international singer, songwriter and performer. The singer made his big break in 2014 and has since been on an impressive streak.

Reekado Banks is regarded as one of Africa’s most consistent hitmakers and this is proven by the array of music heavyweights that have enlisted his prowess as a featured act. This list includes pop star Wizkid, East African songstress, Vanessa Mdee and rapper Ycee. In 2016, Reekado Banks released his 21-track debut album, SPOTLIGHT to a wide acclaim. The project landed on the 10th spot of Billboard’s World Albums Chart and bagged a Headies Award for Best Album of the Year. Banks is currently gearing up for the release of his sophomore album.
For much of the last 18 months, Reekado Banks has made it his mission to glide melodiously over some of the most moistened instrumentals in the Nigerian pop space. Luxuriating in the steady feel of these sturdy beats and producing some amazing work like “Put In Pressure” and “Rora.”
This new Afrobeat record “Omo Olomo” is also another track off Reekado Banks soon to drop EP- ‘Off The Record‘. ReekyTiger and WizLion smashed this song with their melodious Afrobeat vibe and sultry voice… Listen and Enjoy!!!