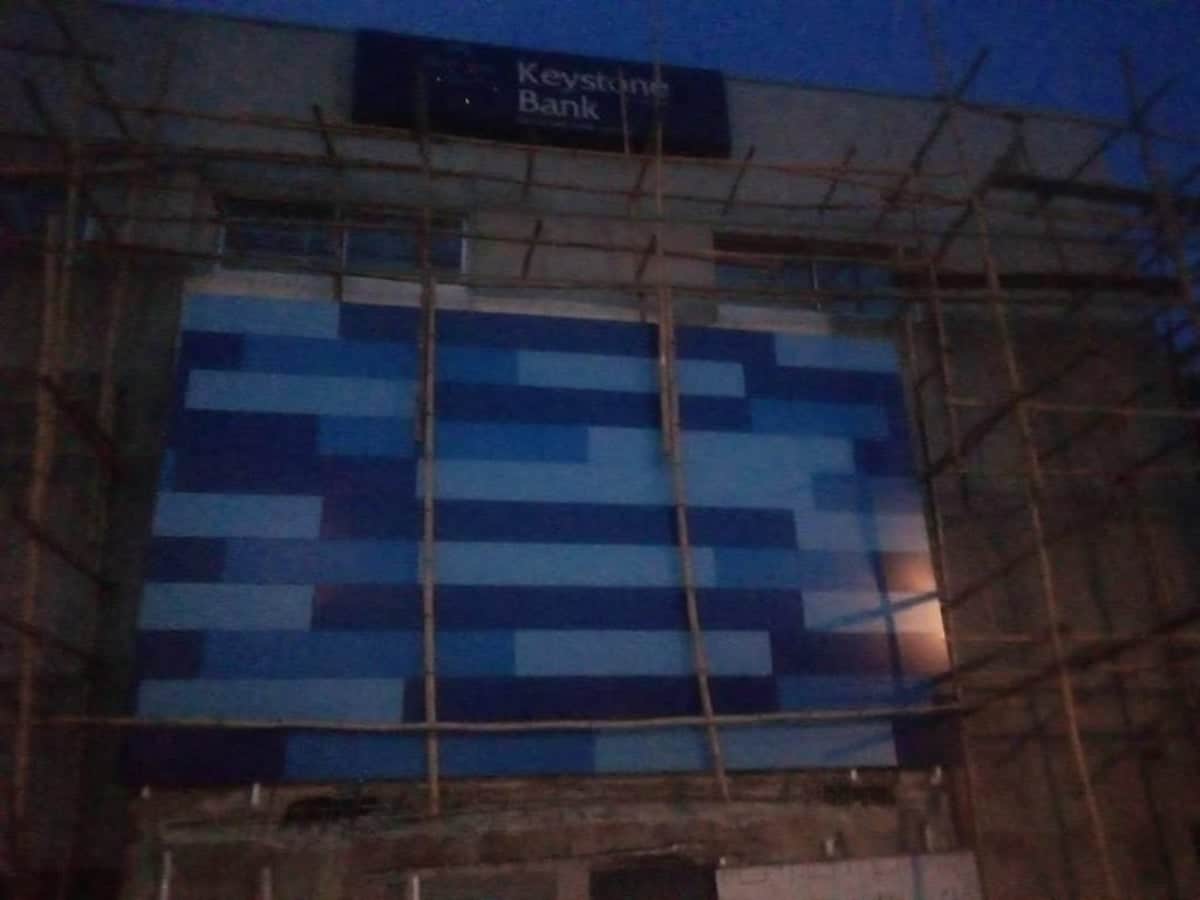 According to a reprot by Punch Metro, a three-storey building belonging to Keystone Bank at Palmgrove, Ikorodu Road, Lagos State, partially collapsed on Saturday, killing one of the artisans on duty.
It was learnt that the three-storey building collapsed around 7pm and trapped the labourer whose identity had yet to be ascertained.
Some of his co-workers were also said to have sustained minor injuries but were treated at the spot by paramedics and discharged.
The General Manager, Lagos State Emergency Management Agency, Dr Olufemi Oke-Osanyintolu, said preliminary investigation revealed that the concrete canopy above door level on the ground floor of the one-story building collapsed due to structural defect.
He said the debris fell on the labourer who was immersed in the renovation at the time.
He stated, “We activated our emergency response plan and moved to the scene.
Upon arrival, it was discovered that a single storey building belonging to Keystone Bank collapsed while being renovated. A male labourer lost his life from the incident. The artisan was polishing the floor tiles when the canopy collapsed on him.

“LASEMA Response Team, Lagos State Fire Service, Lagos State Building Control Agency and police were at the scene. The concrete canopy attached above door level on ground floor collapsed due to inadequate reinforcement under the weight of concrete. It (concrete) was probably added as an afterthought.”