OMG!! Man Lands In Hospital After Swallowing Lighter While Getting Drunk With Friends (Photos) A young man has had a lighter removed from his stomach after he had allegedly swallowed the object when he was drunk.

The 23-year-old man had the eight-centimetre-long (three-inch-long) device stuck inside him for nearly 30 hours after ingesting it to entertain his drinking mates in China, his father told reporters.

A doctor called the patient ‘lucky’. He said if the lighter had not been extracted in time, it could potentially explode inside the patient’s belly. 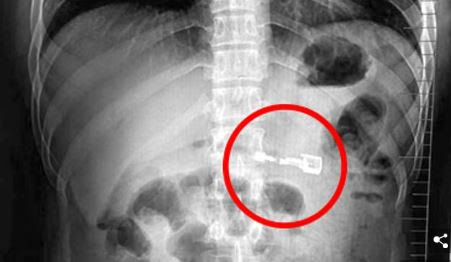 The man, known by his surname Li, was rushed to Shenyang Number Five Hospital in Shenyang on Sunday morning, the hospital said in an online statement.

It is said that Li had been drinking with friends the night before and gobbled the lighter under the influence of alcohol. His friends had allegedly encouraged him to swallow the object.

His father, who drove him to the hospital, said his son didn’t feel anything right after swallowing the lighter, but he started to feel unwell hours later. 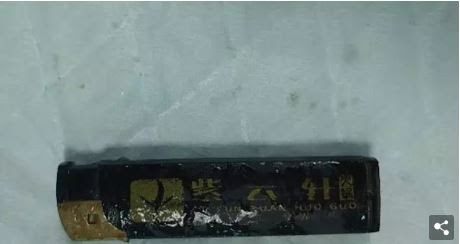 His father had taken him to a local hospital in Jinzhou beforehand, but doctors there considered surgery too risky and suggested Li go to a bigger hospital.

Shang Shu, a supervisor from the Shenyang Number Five Hospital, explained the difficulties of Li’s case.

Shang said firstly the lighter had been eroded in Li’s gastric acid and the highly flammable fluid inside the lighter could have leaked any time. Had the fuel leaked, it could bring serious harm to the patient’s gastric mucosa, a mucous membrane lining the surface of a person’s stomach.

If the lighter had stayed inside the patient longer, there could be a chance that it would explode too, Shang added.

The patient also faced the possibilities of bowel obstruction and ruptures in the bowels if the lighter had slid into his intestines.

Doctors removed the lighter from Li using a small snare helped by gastroscopy. They said the procedure would bring less impact on the patient compared to surgery.