Menu
Home » news » Slay Queen Stripped, Tortured After She Was Accused Of Stealing A Phone

Slay Queen Stripped, Tortured After She Was Accused Of Stealing A Phone 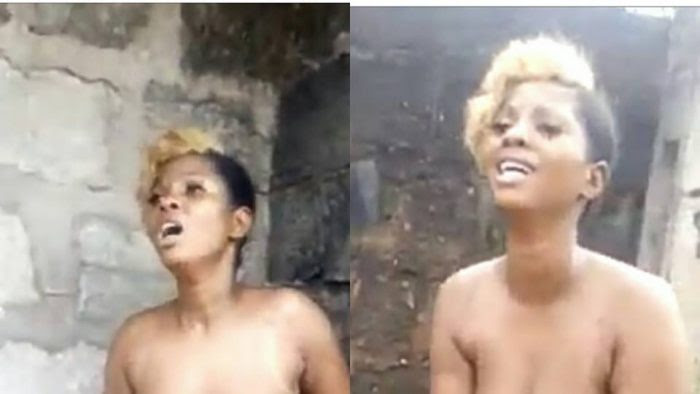 A video of an unidentified lady being stripped naked by a group of people, who inserted pepper into her private parts for allegedly stealing a mobile phone in Benin City, went viral a few days ago and has since caused outrage on social media.
In the video, the lady was heard crying and denying she had stolen any phone, while she was being humiliated by the crowd who refused to show her mercy.
The League of Patriotic Lawyers has joined other groups who are seeking justice for the said lady.
They have given Edo State Commissioner of Police, Mr. Olusegun Odumosu, 24 hours to unravel those behind the torture and insertion of pepper into the lady’s private part.
Chairman of the platform and former Student Union President of the University of Benin, Mr. Abubakar Yesufu, urged the state Director, Department of State Services, DSS, to be involved in the investigation.
WATCH HOW TO UPLOAD ON NIGELZIENT
WHATSAPP - 08185273443