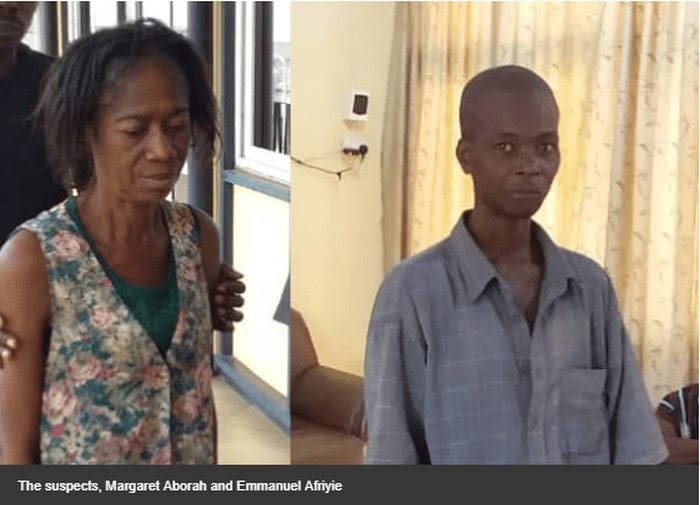 These are faces of some of the suspects arrested by the police over the death of a 37-year-old plantain hawker.

The deceased was allegedly raped by one of the suspects, Emmanuel Afriyie, 36 while she was in a state of drunkenness.

Four persons including a middle-aged woman, were nabbed following the death of Naomi Opoku, who was described by many as a drunkard.

According to reports, the deceased was allegedly raped to death after a bout of drinking in a bar at Buokrom Limex Quarry suburb Saturday, December 30. Her body was found in the area the following day.

But preliminary police investigations reveal the body of the deceased was dumped in the street after the act. The four suspects were arrested on Monday and they are currently assisting the police in their investigations.

Police sources say the deceased went hawking plantain chips in the vicinity but got drunk at the usual drinking spot she frequents. She was helped into a room in the house that also houses the drinking spot by two siblings living there.

According to reports, the two siblings returned to the room to see the deceased had been raped by one of the arrested suspects and others who are at large