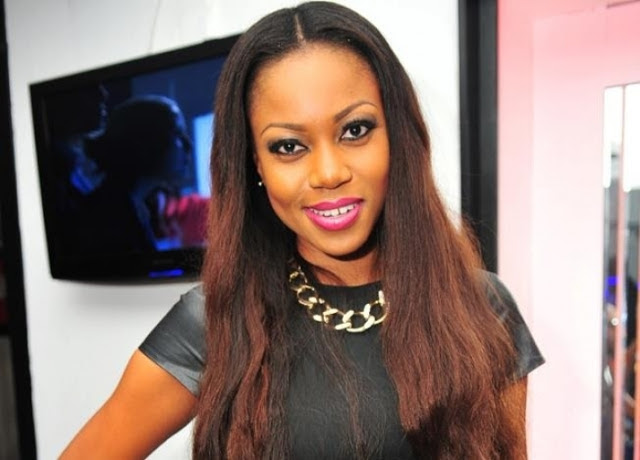 Actress Yvonne Nelson calls John Dumelo a fool after coming across his side-chick post on IG.

Dumelo took to his IG to make a post on the platform and it has caused an uproar on social media. Written on the meme was the inscription:

“I miss the married women in the Bible who used to give their maids to their husbands as side-chicks. The current ones don’t read their Bibles. Only jealousy and selfishness nkoaaaaaaa.

However, Yvonne Nelson who is known to be a good friend of Dumelo did not see it as such. Even if she saw it as a joke, she definitely did find it amusing. 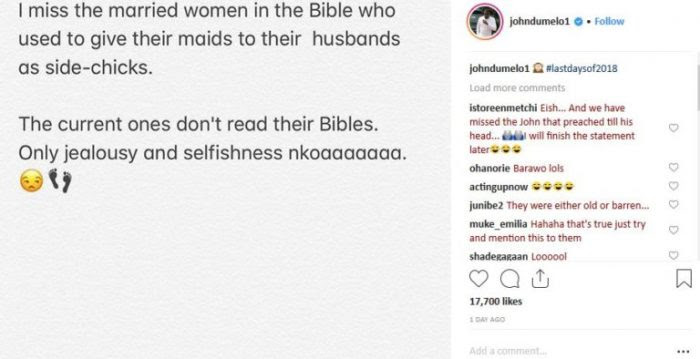 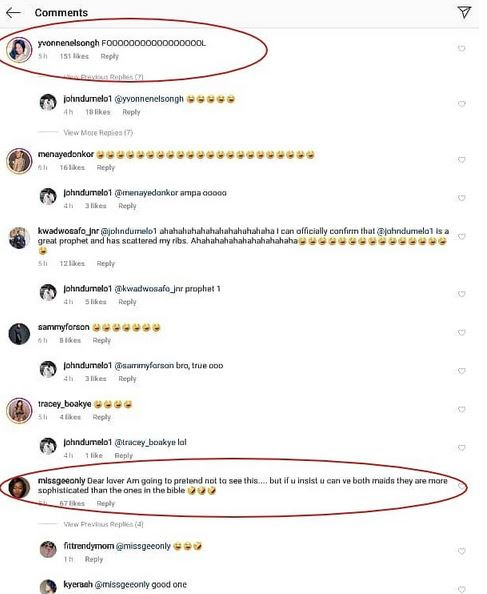