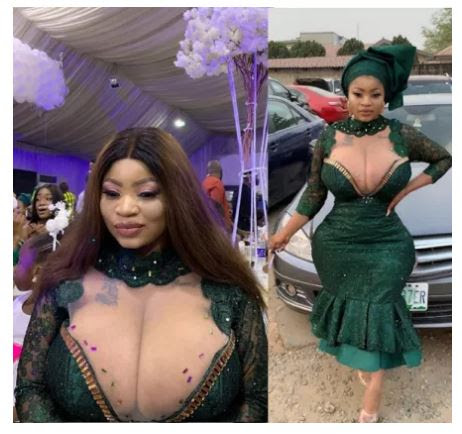 Busty Instagram Celebrity, Roman Goddess, yesterday, attended a wedding, and she wore the below outfit for a wedding, where she flashed her gigantic bosoms. 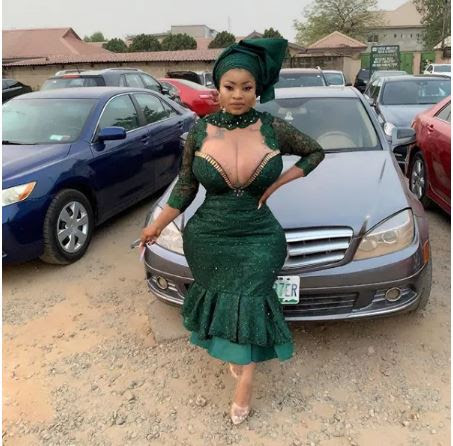 Meanwhile, Roman Goddess has never been one to shy away from speaking her mind, and she did just that when folks attempted to shame her for showing her admiration for Wizkid.

Drama started when Wizkid shared his latest photo and the socialite hopped on the post to drool over it. “Baby,” she said, her comment complete with a tongue emoji. 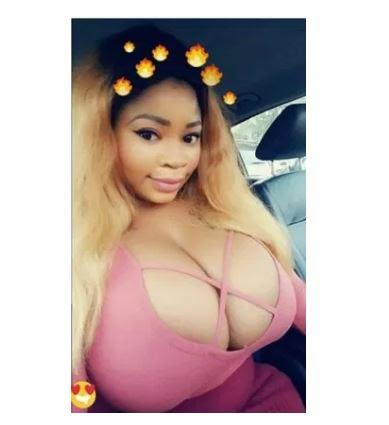 While many people laughed over the obviously hilarious comment, some prudes called out, with one reminding her of her marital status. “Aren’t you married? What kind of comments are you posting?” To which the socialite responded to, noting that nothing bars her from admiring any man. Not even marriage.

“So, better thing na for one person,” she asked, and when the troll tried to shame her further, she dragged him for filth!