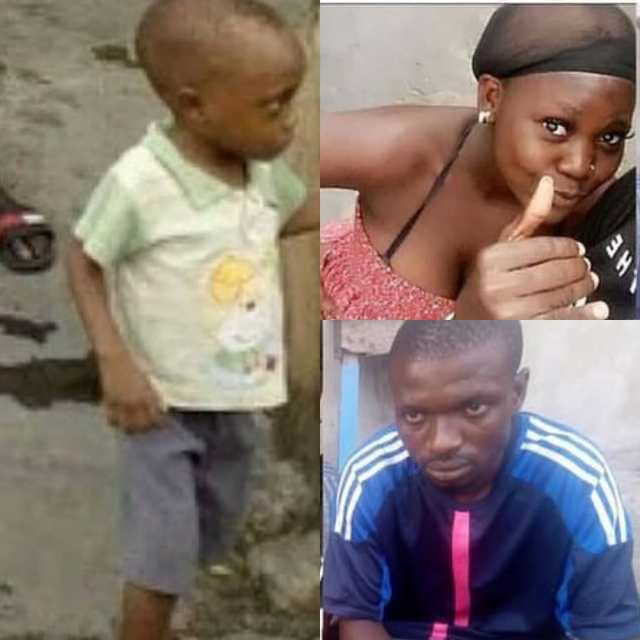 Wonders they say shall never end. One Chinenye Ndubuife who reportedly murdered her neighbour’s 2-year-old son, has revealed she killed him because his father damaged her womb.
According to reports, Ndubuife, who lived with her mother in the same compound with the married man, Samuel Promise, had hit the child’s head against a wall and then used a stone to crush him.
It was learnt that the suspect had asked another child to call the victim identified as Wisdom Promise, whose body she allegedly dumped in the toilet. According to sources, the suspect was bitter against the boy’s father who she allegedly had series of abortions for, during their secret affair.
The woman was said to have told the police that she lost her womb as a result of the abortions she had for Promise and wanted him to feel the pain and spend money on treating the boy.
It was gathered that Ndubuife said she only wanted to injure Wisdom, but had to dump his body in the toilet, when she realised he was dead. Confirming the incident, Police spokesman Chike Oti, said it was reported at Trinity Police Station.

What Would You Have Done If You Were The Woman?