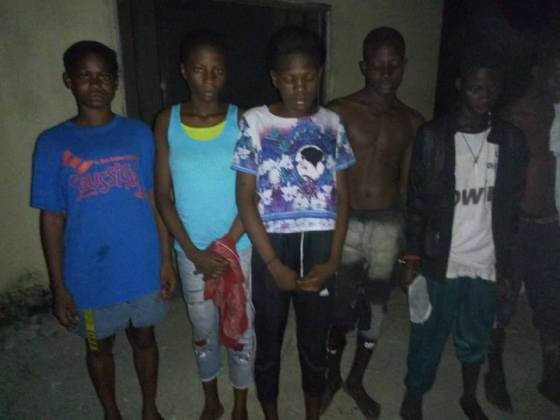 Operatives of the Bayelsa State Volunteer Security Outfit, around 2am today apprehended 18 year old Richard Odgoro and seven other suspected cultists who were allegedly involved in a robbery attack on a 28 year old young lady identified as Vivian Johnson who hails from Ekebiri community in Southern Ijaw LGA.
According to a report, Vivian Johnson was on her way back home from the market at about 4 pm on Saturday, 22/12/2018 before she was robbed and stabbed by Odgoro and his cohorts at Tombia directly opposite Perry hotel and immediately, security operatives swung into action and arrested Odgoro and other members of his cult group at Tombia and Akenfa.
Vivian Johnson is currently receiving treatment in an undisclosed hospital within Yenagoa due to the injuries she sustained during the attack.
The names of the culprits are as follows : Fortune Godwin 15 years, Biboere conference 15 years, Gift Ayaokpo 18 years, Mathias John 17years, Richard Odgoro 18 years, Benjamin Ebi Sagbama 16 years, Emmanuel Oroama 18 years.
They all confessed to be members of the (DEBAM) Bobos confraternity. The suspects were handed over to men of the Nigerian Police, anti-cultism unit for proper investigation and persecution. 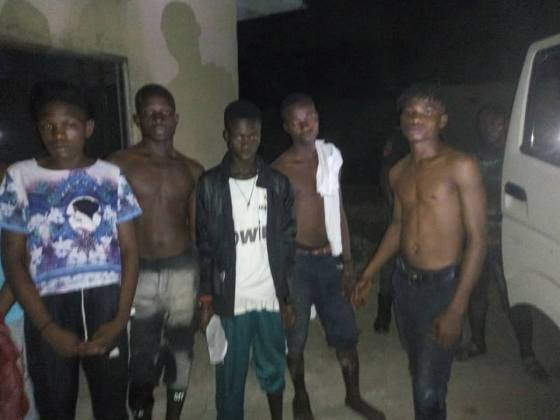