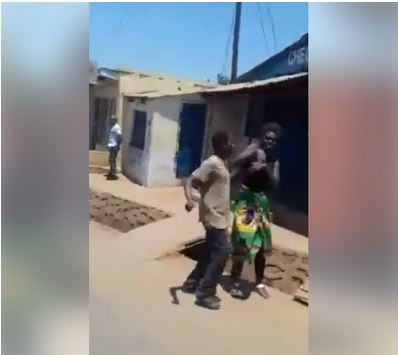 A young man was severely dealt with after allegedly disguising as a lady in order to have with with a fellow man. The young man who is alleged to be a homosexual, was caught while having anal sex with an unidentified person after dressing up as a lady to ‘fool his victim’.
A trending video which was posted online earlier today shows the moment the man was being beaten by angry resident after he was nabbed.
He was beaten and slapped while being dragged in public to a police station, according to reports. Other residents gathered in the area during the man’s public humiliation. 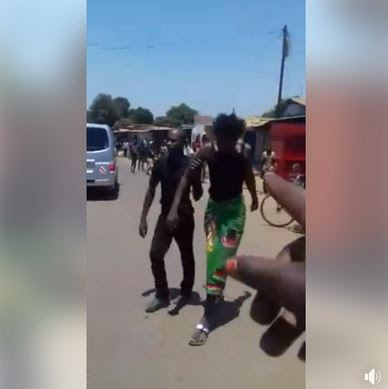