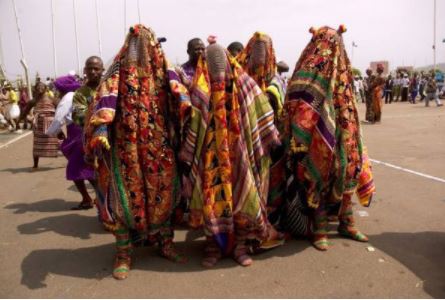 About 20 youths in Kogi State on Monday night beat a Pastor to Coma, over the latter’s refusal to allow Masquerade perform in his church.

Pastor Michael Samson of United Evangelical Church in Iyano community under Ibaji Local Government Area of Kogi State, North Central, Nigeria was reportedly beaten around 11pm on Monday night.
It was reported that the trouble started when Pastor Samson denied the Youths access into his church with their Masquerade during their ceremony in the day.
The youths who felt angered by the Pastor’s action returned at night with dangerous objects to beat the pastor when he was fast asleep.
The Pastor was later rushed to Idah General hospital where he is receiving treatment.
It was gathered that the incident had been reported to Police Division in Onyedega under Ibaji Local Government Area and the Police are currently working to ensure the culprits are made to face justice.