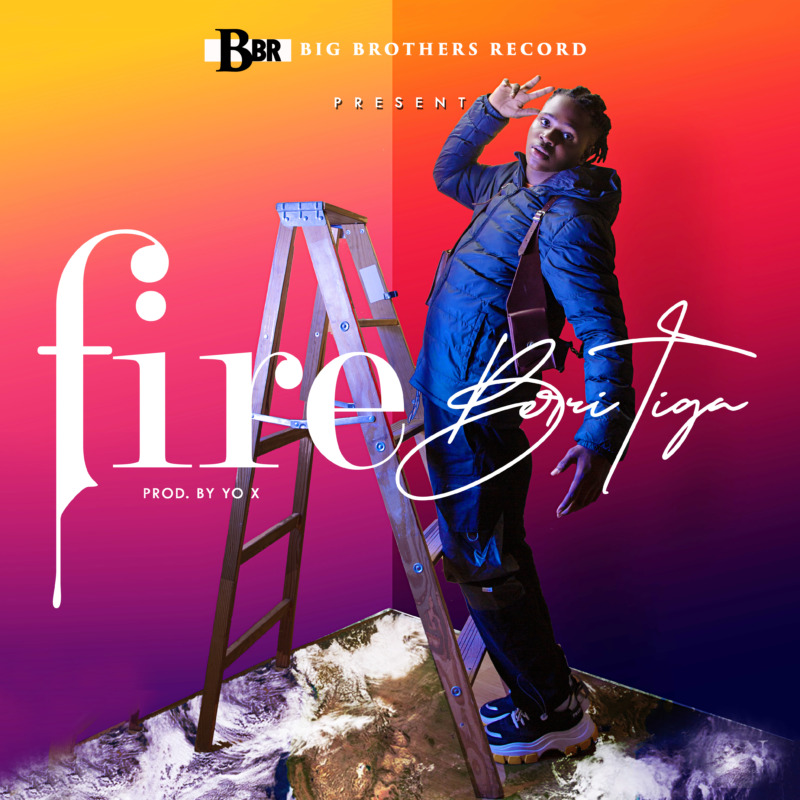 Nigeria’s foremost emerging music sensation and Big Brother Records artiste – Berri (real name Agada Blessed) stokes up the ember as he kick-starts his foray into the Nigerian Music space with his debut single “FIRE”, a proper Afro-Pop number.
Produced by the prodigiously talented Dir. X, the mid-tempo tune sees Berri make a bold statement that he’s here to stay and nobody can kill the “Fire” within him to make great music that will last a lifetime.

Berri poured his whole heart out on this inaugural track, connecting and creating a dope musical chemistry with Dir. X, out of the music kitchen and it’s safe to say the kid is next to take over.
At just 16 years, Berri’s debut is coming at a time when young artistes in Nigeria are becoming a great force to reckon with and as he joins that league, the multi-talented singer is leaving no stone unturned in making sure he ticks all the right boxes and has started with “FIRE”.
Listen and Enjoy!!!
Stream and Download “Fire”, available for streaming and download on all digital stores worldwide while you connect with Big Brother Records and Berri via social media: @bigbrotherrecords @berri_tiga

Agada Blessed (born 10, October 2004), known professionally as Berri is a Nigerian singer and songwriter under Big Brother Records, owned by Shedrach Oyi-Obute.
Berri, who is one of the youngest fast rising Afro-pop singers in the Nigerian Entertainment scene started his music career at a very early stage with great songs performed amongst his peers.
Over the years, he has developed his passion for music, working on his writing and vocal skills with notable producers and music coaches. Berri’s first ever professional music attempt came from a freestyle titled “JO” and then came “Angelina” before a mashup of songs birthed another tune.
A master of freestyles, a Facebook freestyle which was posted on his Facebook page got a lot of attention, thereby getting Big Brother Records to offer him a management deal.
Berri has just dropped his debut single “Fire” under his new record label and is available on all major streaming platforms and music blogs across Nigeria and Africa. The song was produced by Dir. X and Engineered by Run Check.
Berri is ready to take Afro-pop music to the next level, delivery of good sound to his fans as a major priority and disrupt the entertainment industry with good music. Connect with Big Brother Records and Berri via social media: @bigbrotherrecords @berri_tiga