Are You Mad?? BBNaija’s Khloe Ask Fans After Doing This 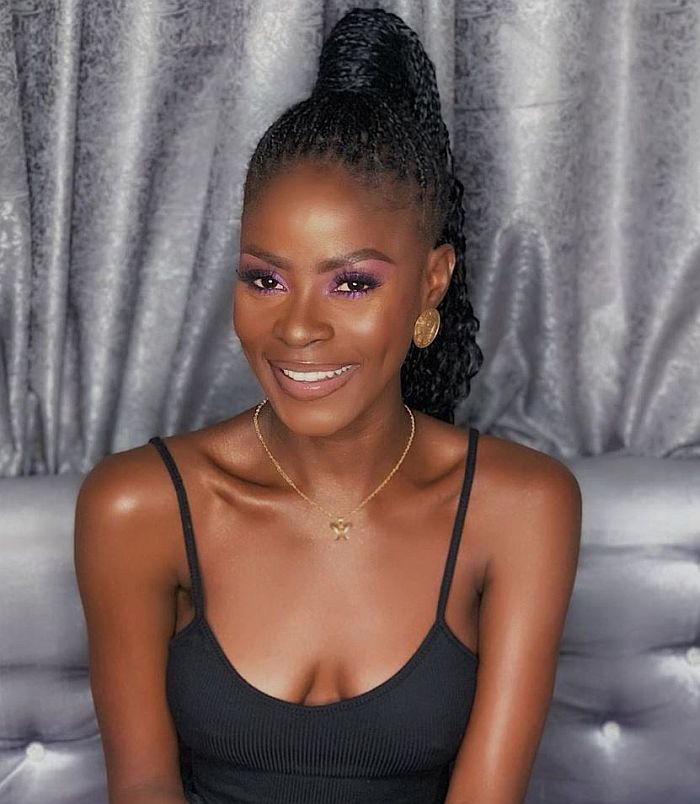 Former BBNaija star, Abiri Oluwabusayomi, alias Khloe, has slammed some of her fans who have been begging her for money in her DMs.

The reality TV star and model angrily took to her Snapchat account to issue a stern warning to all of them, adding that she does not exist to satisfy the needs of entitled adults who can’t work hard for money but would rather beg all in the name of being a fan.
The budding actress also lashed at those begging her to pay their school fees. She noted that she had to see herself through school while juggling three jobs at a time. 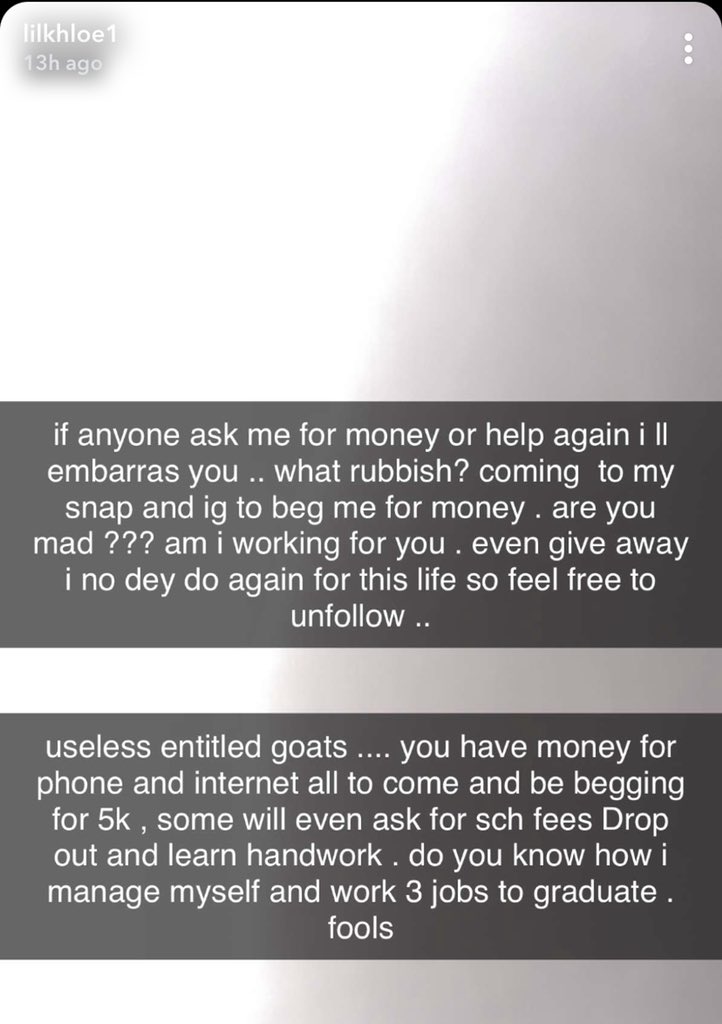