I May Be Evicted On Sunday – Wathoni Predicts 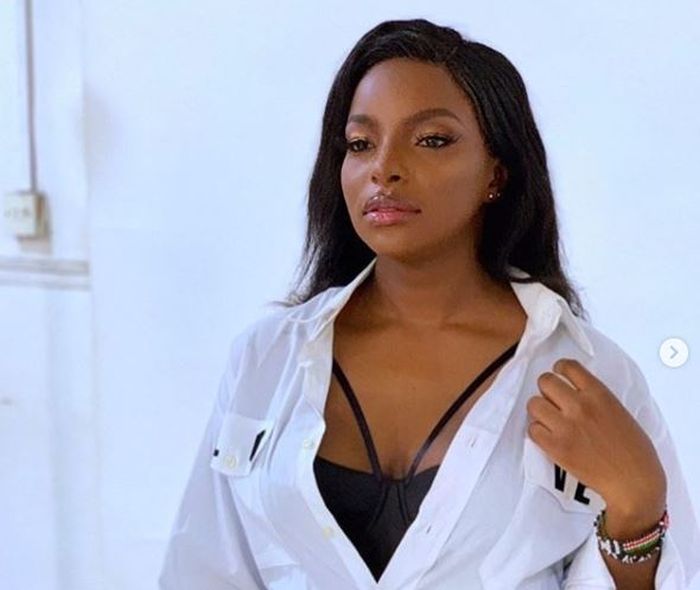 Big Brother Naija 2020 housemate, Wathoni, said she may be leaving the reality show in the next eviction show on Sunday.
The 30-year-old housemate said she has no hope of staying beyond this week if Biggie uses the same method he used last week to evict Ka3na and Lilo.
Lilo and Ka3na were evicted on Sunday after Biggie asked the housemates to nominate among 4 housemates with the lowest votes for possible eviction.
The housemates were Praise, Eric, Lilo and Ka3na. The 16 housemates who were not up for eviction made their nominations in the diary room and had Lilo and Ka3na sent packing.
And Wathoni feels she’s in trouble if the same method is repeated, a situation that may likely come into play.

“They don’t like me. The girls in the house don’t like me. I know I’ll leave on Sunday.
“I don’t have any friend here. If Biggie calls for a nomination, they’ll pick me. The only friend I have is Kaisha but she’s just one person.
“That will be seven to one. The other seven girls don’t like me. I just hope Biggie doesn’t use that method,”

Wathoni told Prince.
Wathoni has clashed with almost every lady in the house, with the latest being her fight with Vee on Monday night.
WATCH HOW TO UPLOAD ON NIGELZIENT
WHATSAPP - 08185273443