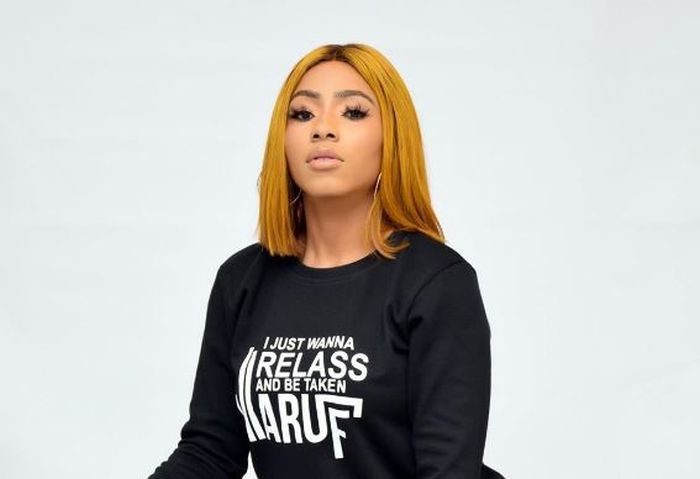 Mercy Eke has declared herself jobless after watching last night’s eviction show as she joins a conversation on twitter about Laycon’s attitude.

Mercy Eke who some time ago claimed she’s not jobless to be watching this year’s BBNaija and support anyone went back on her own words.
Joining a conversation about how Laycon behaves every eviction night, Mercy Eke said that used to be her every Sunday when there’s an eviction.
A fan who was surprised about her comment quizzed wasn’t she the same person that claimed she’s not jobless to watch and support anyone in the house, and she replied by saying she’s now jobless. 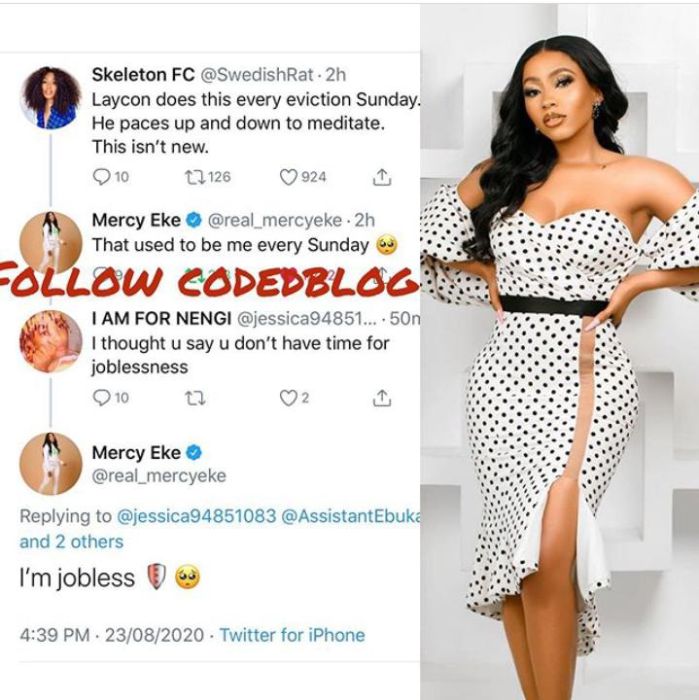