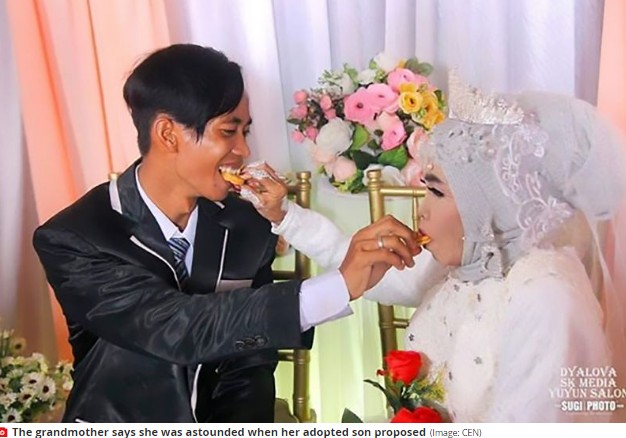 A grandmother has tied the knot aged 65 – with her 24-year-old adopted son.

The wedding between Mbah Gambreng and Ardi Waras took place in South Sumatra, Indonesia, 7 News reports.
According to local media reports, Mbah adopted her now-groom Ardi last year and the happy couple have lived together ever since.
The blushing bride, who also has three adopted daughters, says she had no intention of marrying him when they first met.
But when she told him he should get married soon, he astounded her by proposing to her.

“To my surprise, he said he wanted to marry me,” she said.

Photos of the wedding, which have been shared on social media, show the pair smiling and holding hands. 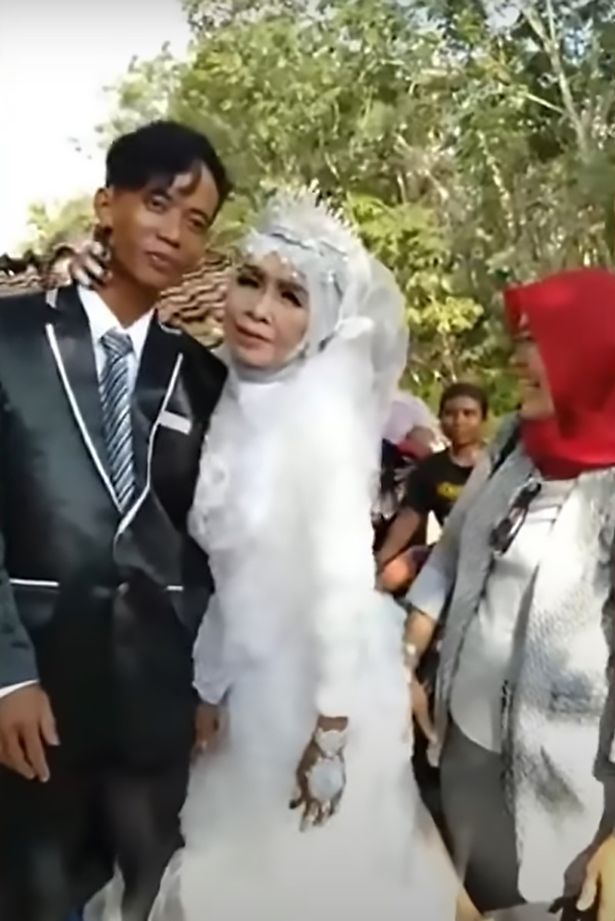 It is understood that Ardi paid his wife-to-be a dowry of 100,000 IDR (£6) before the ceremony.
This is typical of Islamic weddings in Indonesia, where the groom or groom’s father often gifts money or possessions to the bride as a dowry.
Ardi and Mbah aren’t the only Indonesian couple to wed despite an age gap spanning decades.
Earlier this year, a man believed to be at least 100 years old married a young bride in her 20s – nearly 80 years his junior.
The centenarian groom, Katte, is old enough to have been a fighter during the Dutch colonial era early last century.
The wedding took place at bride Indo Alang’s home in Wajo, in the central Indonesian province of South Sulawesi.
Katte is said to have spent 5 million IDR (£279) for his wife’s dowry.