Nobody Owes You Anything, Own Up To Your Mistakes And Grow – Yemi Alade’s Record Label Boss, Taiye Aliyu Tells Cynthia Morgan 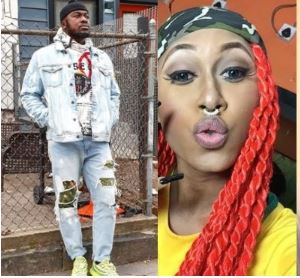 Taiye Aliyu, the CEO of Effyzie music group which Yemi Alade is currently signed to has commented on Jude Okoye and Cynthia Morgan’s debacle.

Taiye Aliyu in his tweets described Jude Okoye and Cynthia Morgan’s former Manager, Joy Tongo as good people.
He also praised Jude for being one of those who helped to shape the music business in Africa.
The Effyzie Music CEO however told Cynthia Morgan to own up to her mistakes and grow as no one owes her anything.
He tweeted; 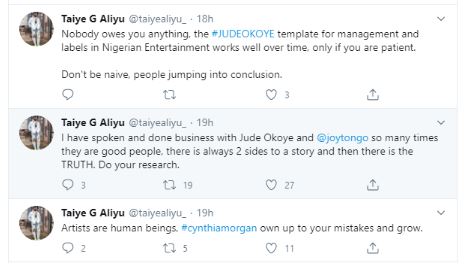