SO SAD!! Four Women, Children Die While Rushing For N5,000 In Borno 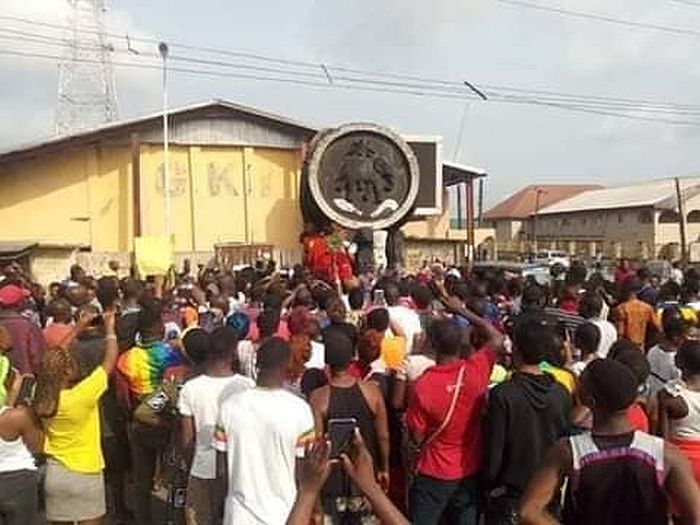 At least five women and children died on Saturday in a stampede when cash and clothes were handed out to thousands of displaced people in Borno, militia and local people told AFP.
A large crowd surged forward for the government aid distribution and people were trampled under foot in the town of Gamboru, near the Cameroon border, a region hit by jihadist violence.

“Five dead bodies, four women and a little girl, were brought to the hospital along with seven injured,” a medical source said at the hospital.
“We learned that (other) bodies were identified and claimed by relations from the scene,” the source added without specifying how many.

“There was a crush which led to the death of 12 women and children and left seven with severe injuries.”

Some of the dead were taken to hospital and others claimed at the site of the stampede, he added.
Thousands of women had gathered at a primary school for handouts of 5,000 nairas (13 dollars) and clothing supplied by Borno state governor Babagana Umara Zulum.

“There was a stampede as the distribution was about to start,” in the morning, said local resident Yahaya Bukar, who also counted 12 dead.