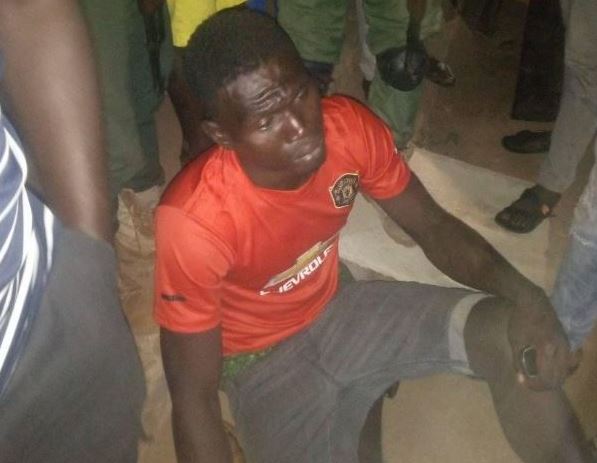 A man has been arrested by the Police after giving someone a dirty slap that led to his death in Akwa the capital city of Anambra State.
The incident happened yesterday night at Abakeleke street Awka (club zone), in the photos below, the guy in the red T-Shirt slapped the other guy and he died. No one knows what exactly transpired, but this could likely be due to a misunderstanding between them.
A Facebook user Benneth Odife took to his page to share the incident and wrote: 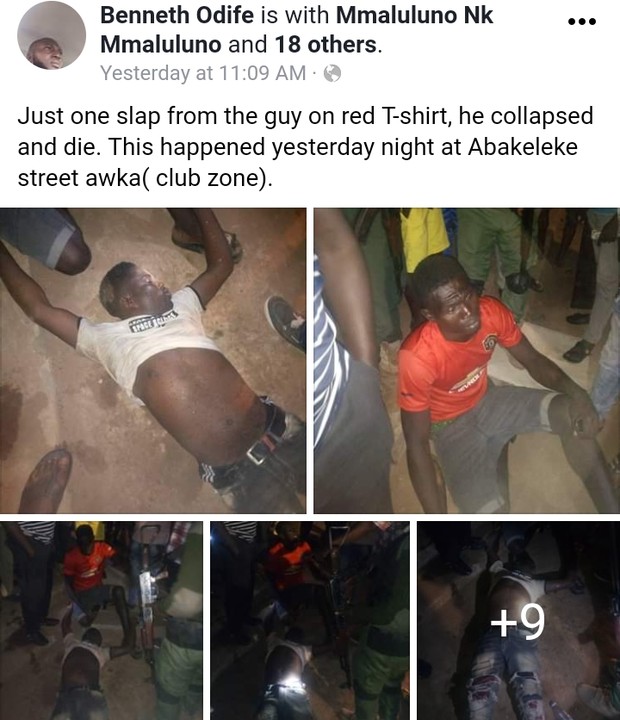