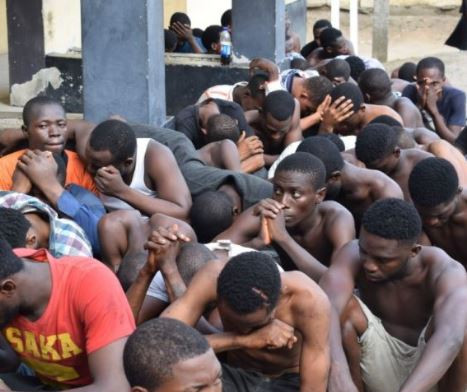 The command’s Police Public Relations Officer, DSP Bala Elkana, confirmed this on Monday to the News Agency of Nigeria (NAN)

He, therefore, advised the youth to always shun cultism saying it is usually associated with a series of violent crimes such as murder, armed robbery, kidnapping, rape among others.

“Cultism is legally and morally wrong and it affects the socio-economic wellbeing of the people negatively.
“Cultism is evil and it destroys the future of its members and shortens their lives,”

The police spokesman said.
Elkana noted that members of the various cult groups such as `Aiye’ and `Eiye’ Confraternities, `Awawa’ Boys, `No Salary’ Boys, and `One Million’ Boys were always into drugs and other social vices.

“They operate as gangsters attacking rival gangs where their members are injured, maimed and killed in different rival attacks.
“Members also unleash terror on the public and they risk being arrested and prosecuted by the police for violent crimes,”

He said.
The spokesman also advised members of cult groups to renounce their membership of such groups and embrace peace.
WATCH HOW TO UPLOAD ON NIGELZIENT
WHATSAPP - 08185273443