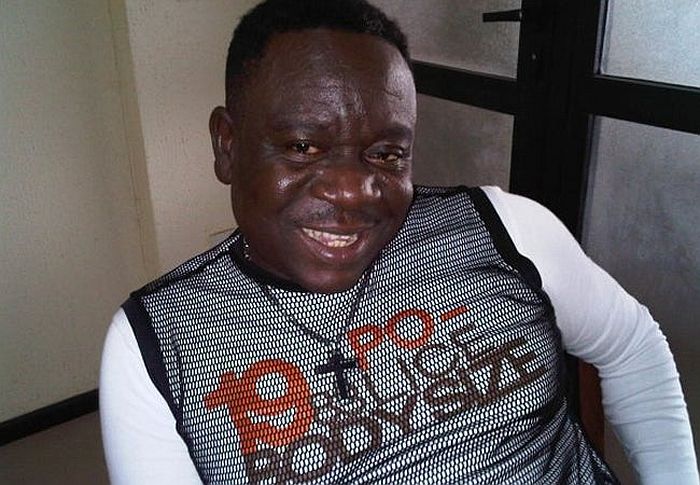 Popular Nollywood actor, John Okafor, popularly known as Mr. Ibu recounted his horrific encounter with cannibals at a film location in a remote part of Nigeria.

The comic actor had a chit-chat with Daily Sun where he spoke about how he was almost eaten by cannibals after his colleagues had mistakenly left him behind at night after filming in the village.

“My colleagues left me on set by mistake late in the night after shooting,

However, the location manager had earlier admonished us to move in groups because, in the community, they eat human beings.
“However, it was quite late when we finished.
“We had two location buses and I was already sitting on the bus in front but because I was manager, I said let me organise the people on the bus behind before we moved.
“As I alighted, the bus in front zoomed off and before I made it to the second bus it also moved.
“I kept shouting as I chased both buses but nobody heard me and I was left alone.”
Mr. Ibu said that his fear increased when he overheard two unknown men speaking in a language he could understand and they were discussing how tasty his flesh would be.
The popular thespian said;
“I remembered what the location manager told us earlier. Was I about to be a victim of cannibals? I heard two guys speaking a familiar language which I understood and so I moved closer to them and to my shock, I realised I was the subject matter and what they said only magnified my fears.
They were debating how tasty my flesh would be! I moved up to them and greeted them in the language that they were speaking and instantly told that I am not meat.
They were surprised I could speak their language and one of them asked where I was from and I told him I was from his tribe and I already had a brother in him. He was happy and he embraced me and we continued speaking.
That was when they warned me to get ready to run for my life or I would be dead because the people around were already planning how to kill and eat me. I was scared but I remained calm.”
Meanwhile, Mr. Ibu said it was at this point, the crowd kept gathering and inching towards him and he felt like a trapped animal about to be slaughtered.
Fortunately, his friends had arrived in due time as he heard them shouting his name from afar.
“They had returned just on time to rescue me with a team of policemen and vigilante. I was greatly relieved. The ordeal lasted for about two hours,” he added.
The actor also revealed a lesson he learnt from the horrific ordeal saying:
“Never take any language for granted. Anywhere you are, learn the local language, you just can’t tell when it would come in handy. Till this day I thank God for saving my life because but for his grace, I would have ended up in the belly of cannibals.”