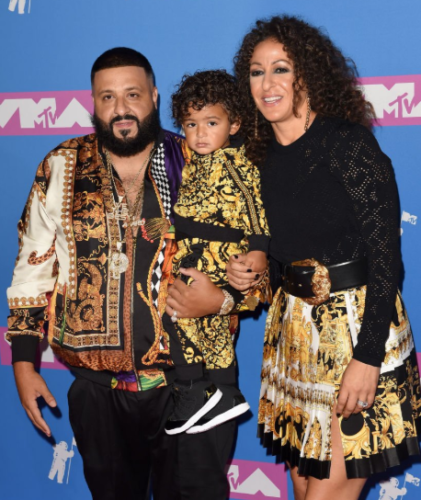 DJ Khaled and his wife Nicole Tuck welcomed their second baby last week and several celebrities worldwide have sent in congratulatory messages for the rapper and his family. The hip hop star paid tribute to both Nipsey and Kobe Bryant at the annual Grammy awards ceremony and also took home the award for Best Rap/Sung Performance award for his song ‘Higher’, featuring John Legend and the late rapper .
During his acceptance speech, he dedicated the award to Nipsey and revealed the name of his newborn child as “Alam” which means the world. He said, “This is for Nipsey Hussle. This is for hip-hop. I want to thank my beautiful queen Nicole. I just had a new baby boy a week ago. His name is Alam. It means ‘the world’ in Arabic.”
WATCH HOW TO UPLOAD ON NIGELZIENT
WHATSAPP - 08185273443