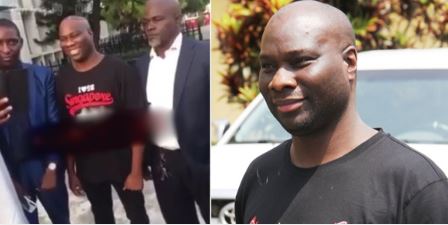 Instagram celebrity and suspected internet fraudster, Ismaila Mustapha aka Mompha has finally regained his freedom after meeting bail conditions.
Recall that a Federal High Court sitting in Lagos recently granted N100m bail to the Dubai-based businessman over alleged N33billion fraud.
The EFCC had arrested him on October 19, 2019, at the Nnamdi Azikiwe International Airport, Abuja and remanded in the commission’s custody following a court order.
In the commencement of trial Mompha also pleaded not guilty to a 14-count charge bordering on fraud offences. He was subsequently granted N100million bail which he has successfully fulfilled.