Leaked Sex Tape: Why Babcock University Reserves The Right To Expel Their Student 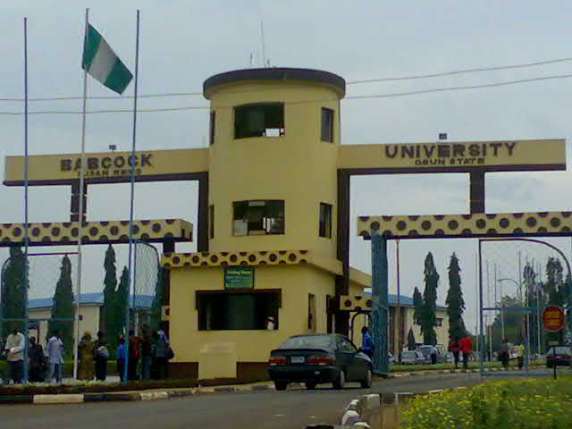 First, I will like to say this is not a judgmental post. That said;
I have watched everyone react to the leaked video tape of an (EX) Babcock student. One thing I noticed is the recurring word- HYPOCRISY. Some also feel the sex was CONSENSUAL, not within the school premises or during session. So, Babcock has no right to EXPEL the student.
It might displease you to know that Babcock as an entity (a going concern), has that right to disassociate themselves from anyone or anything that brings them to DISREPUTE.
Right now it doesn’t matter to Babcock the location it took place, if it was consensual- got LEAKED or not. What matters to them is that they are currently being linked to it. That is bad publicity for the school.
I will like to introduce us all to a kind of risk in business – REPUTATIONAL RISK.
Reputation(al) risk is a threat or danger to the good name or standing of a business or entity.
It can occur in the following ways:-
-Directly, as the result of the actions of the organization itself.-Indirectly, due to the actions of an employee or employees. In this case, staff and students.-Tangentially, through other peripheral parties, such as joint venture partners or suppliers.
This risk can quickly spiral into liquidity risk but we won’t go into that today. Just know that organizations take it VERY SERIOUSLY.
You say it is not Babcock’s business, but this whole matter has been going on and not once has the name of the student been mentioned. Is it Babcock that had sex? The code word has been BABCOCK.
BABCOCK STUDENT CAUGHT ON VIDEO BLABLABLA…
Babcock has been trending on porn sites and social media pages for all the wrong reasons.
We sympathize with the girl for whatever trauma she is going through, but we should also understand Babcock had to do what is best for its reputation and BUSINESS.
-Lets also take a minute to think of what the school is going through. What of the girls in the school? Would they face possible stereotypes as swallowers?
To be sure I am not talking nonsense. I tried to get my admission letter, I couldn’t (probably tucked away somewhere), but I saw my employment letter. The attached image is an excerpt from it:-

We know it is your personal life, but Igbos have an adage “mad man no get shame, na im people dey shame on im behalf” (paraphrased in English). So, while going about your personal life, think about the people you are associated with – family, friends, work, religious bodies…etc. Your actions goes a long way in affecting them- positively or negatively.
Please, as long as you can be IDENTIFIED and have it directly linked to you, think twice.
WATCH HOW TO UPLOAD ON NIGELZIENT
WHATSAPP - 08185273443