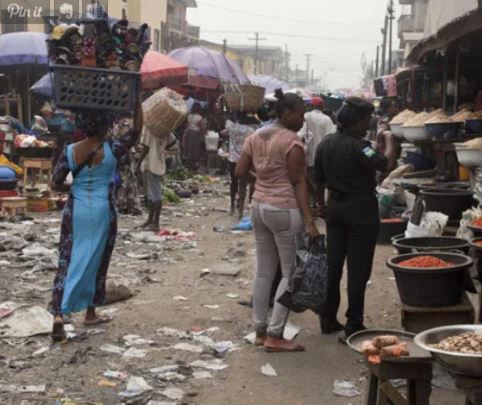 The Lagos Waste Management Authority (LAWMA) has put business activities on hold at the popular Oyingbo Market over environmental infractions.

Others were roadside trading and poor hygienic practices resulting in serious environmental problems in the area. Gbadegesin said that an abatement notice and several warnings issued to the traders yielded no result, thus necessitating the closure.

He said that the market would be reopened when traders began to comply with the government’s rules and regulations by shunning indiscriminate refuse disposal and patronizing assigned PSP operators.

The LAWMA boss appealed to other markets in the state to imbibe the culture of effective waste disposal as markets whose activities were found detrimental to the health and environmental well being of the populace would be shut down until further notice.

According to him, efforts of the state government to enthrone a sustainable environment are being undermined by some individuals who will rather dump refuse on unauthorized locations, hence the need for total enforcement.

He warned that the grace period for environmental defaulters in the state had expired, as there would be total enforcement against all forms of illegal and reckless waste disposal capable of degrading the environment and posing health hazards to residents.