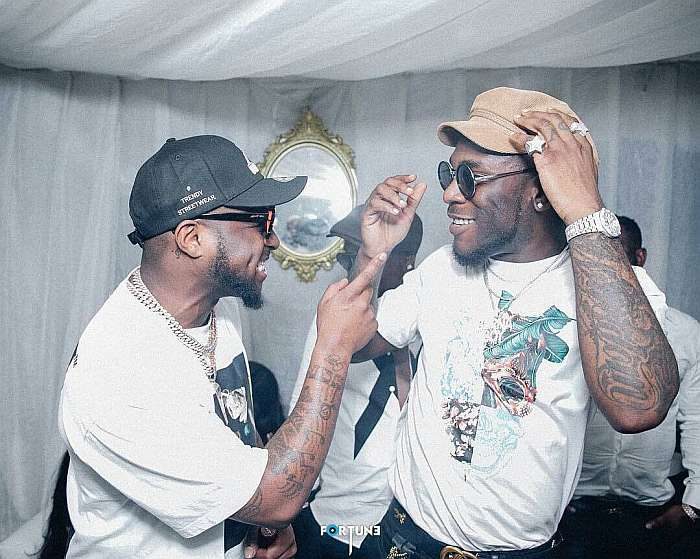 Davido has reacted to the nomination of Burna Boy for the 2020 Grammy Awards.
Burna Boy was nominated for Grammy Award for Best World Music Album with his album, ‘African Giant’.
His album was nominated alongside Gece ‘Altin Gun’ Celia ‘Angelique Kidjo’
The 62nd Grammy Awards is set to air on Sunday, January 26, 2020.
The Grammys had announced that American singer, Alicia Keys will be returning to host the show.
Reacting, Davido congratulated Burna boy on his nomination.
See a screenshot of davido’s tweet below:-