Menu
Home » news » Shocker! Akwa Ibom Man Sleeps With His Own Daughters To Test The Potency Of His Manhood

Shocker! Akwa Ibom Man Sleeps With His Own Daughters To Test The Potency Of His Manhood 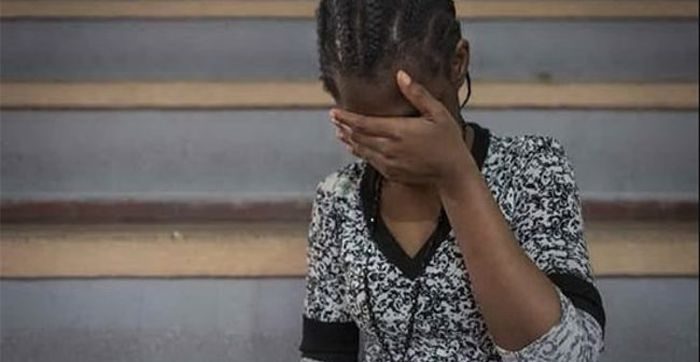 According to a report by Sun News, an Akwa Ibom man has been arrested for the incestuous sexual abuse of his own underage daughters, supposedly to “test” the potency of his presumably failing manhood.

Joseph Sunday of Obot Ideng of Ibesikpo Local Government Area, now detained at the state police headquarters, Ikot Akpan Abia, is said to have been sleeping with two of his daughters aged 9 and 13, to, in his shocking words, “test if my manhood is still functional.”

Daily Sun learnt that Joseph, in his late forties, had been having sexual liaisons with his young daughters for over three years at his house in Ibesikpo since he divorced the mother of the girls who had relocated to Rivers State.

But the incestuous affair was blown wide open when Joseph caught his 13-year-old daughter with another man who identified himself as the girl’s boyfriend, causing the jealous father to became furious and beat her up. Angered by the incident, the daughter decided to expose their secret illicit affair.

At the same time, her 9-year-old sister, also a victim of their father’s paedophilic sexual abuse, confessed that she was already in love with him and had enjoyed the act.

In a confessional statement, the suspect, who admitted to turning his daughters into sex slaves, rationalised his actions thusly:

“My wife left me some years ago because of some family issues and relocated to Rivers State. I have been the only one taking care of my daughters. I just want to test if my manhood is still functional using my daughters.”

In a similar bizarre case, two men said to be in their seventies have also been detained by the police for allegedly raping and impregnating a 14-year-old girl.

The two old men are said to have taken turns to have sex the teenage victim, until a heated argument ensued between them, with a neighbour, having overheard the nature of their argument, deciding to report the matter to the police who eventually effected their arrest.

According to the neighbour who pleaded anonymity, “I was shocked to overhear two old men arguing over sex about a 14-year-old girl. The one that the girl stayed with accused his friend of always sneaking in to sleep with the girl any time he went out.

I was worried about that, and I decided to report them to the police. But the issue is that some boys who said they are from the area are threatening to deal with me if I don’t withdraw the case from police.”

The prime suspect however said, “I did not rape the girl. She is my wife. I saw her in a village market, I talked to her and she agreed to follow me to my house and be my wife. But it was my friend who always came to have sex with her each time I went out.”

The young victim, reportedly already pregnant for either of the two aged suspects, has been taken to a family crisis facility run by the wife of the governor, Martha Udom Emmanuel – Family Enhancement and Youths Reorientation Project (FEYReP) – with the police making efforts to trace her family.

MacDon, who attributed the incidents to moral bankruptcy in society, urged the public to report perpetrators of such degenerate acts to the police.

“Moral Bankruptcy is what is causing all these acts. As a people, we need to take morality in society very serious,” the police spokesman remarked.

“For us in Akwa Ibom State Police Command, we take the fight against rape, defilement and gender based violence serious. Some of the suspects are in our custody; some charged to court, some under investigation, while some have been convicted by the court.”