The End Game!! Avengers Fan Hospitalized After Crying Too Hard In The Cinema (Photo) 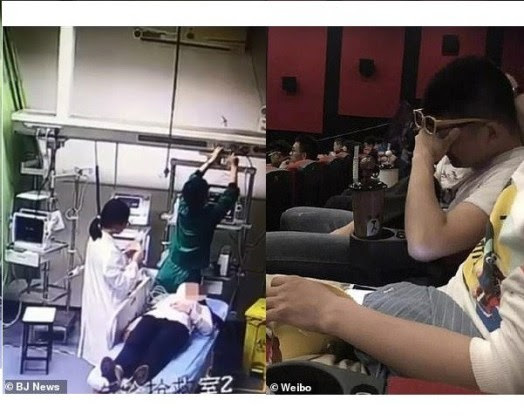 An Avengers fan in China has allegedly cried so hard that she had to be rushed from the Cinema to the Emergency Room, while watching the new movie with friends.
The 21-year-old Chinese woman, known by a pseudonym Xiao Li, was said to be watching the midnight premiere last Wednesday in the eastern Chinese city of Ningbo.
She reportedly cried non-stop throughout the movie, Mirror UK reports.
Doctors at the city’s Mingzhou Hospital said Xiao Li had difficulty breathing when she was brought into the ER by her friends who had been watching the film with her. It was also claimed that her hands couldn’t stop twitching.
‘[After we] observed her symptoms, we believed she had been crying and gasping too much, which led to shortness of breath,’ said doctor Yuan Liyan who treated Xiao Li.
WATCH HOW TO UPLOAD ON NIGELZIENT
WHATSAPP - 08185273443