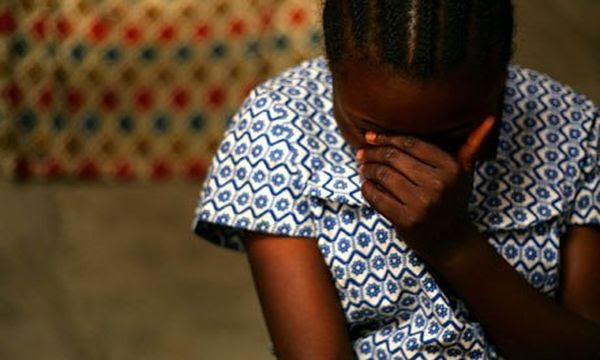 A 69-year-old traditional ruler in Obiaruku community, Ukwuani local government area of Delta State, Chief Festus Akinima, has allegedly impregnated a 13-year-old groundnut seller, Miss Ijeoma Ishima, after allegedly luring her with gifts and huge sums of money.
Police Public Relations Officer in the state, PPRO, DSP Andrew Aniamaka, who confirmed this to journalists at the weekend in Asaba, disclosed that the little girl was put in the family way through the action of Chief Festus Akinima, a traditional ruler in the Community, adding that the pregnancy was blown open when it was five months old.
He said:

“Little Miss Ijeoma Ishima, a 13 year old groundnut seller and JSS I student in one of the secondary schools in Obiaruku community was a victim of child abuse, one of the gravest ills at present in Nigeria. As a child from poor background, Ijeoma Ishima hawks groundnut everyday as soon as she returns from school.
“It was unfortunateCcircumstance of little Ijeoma’s life that the traditional ruler took undue advantage of her, and lured her into unwholesome sexual intercourse on several occasions and she got pregnant, and the pregnancy was five months before it was discovered by Ijeoma’s mother”.

Aniamaka explained that Ijeoma’s ordeal started sometime in July 2018, while walking across the compound of Chief Festus Akinima Idele at Wire road , Obiaruku community, and after patronizing her on her first day of meeting with her, Chief Festus Akinima developed interest and lust in her, telling her to always come to sell to him at home everyday because he loves eating groundnut.
Speaking with newsmen in the area, Ijeoma’s mother, Mrs Stella Ishima said: “When I noticed all the signs of pregnancy in my daughter, I questioned her and she admitted she was pregnant for Chief Festus Akinima, and that she has been having long sessions of unprotected sexual intercourse with him, I shouted and my husband heard me, came out of his room with a cultlass running towards his house when people stopped him on the way, and pleaded with him.

“We later informed the Police in Obiaruku who arrested him and detained him before he was granted bail few days after. Chief Festus Akinima agreed at the station to take Ijeoma for a wife and train her.”