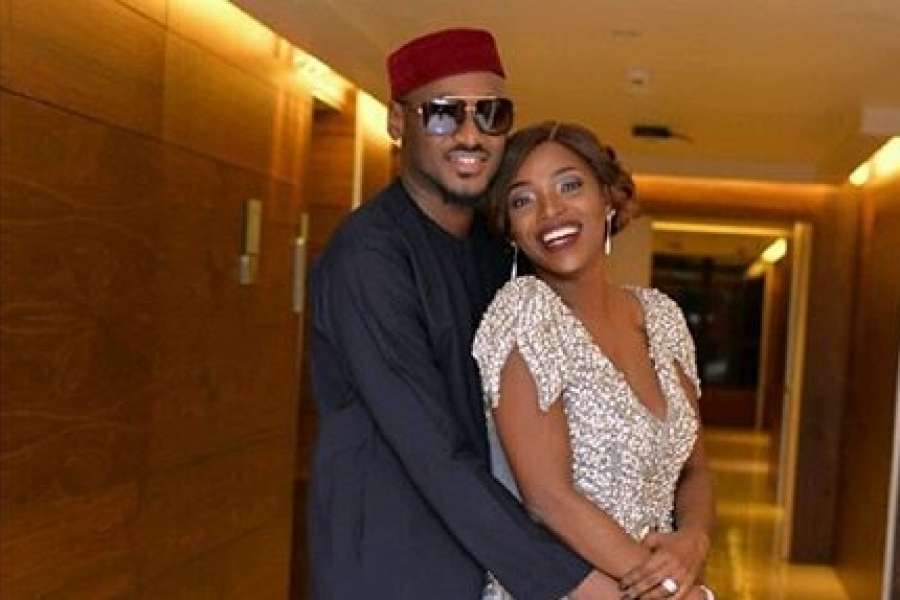 No one is yet aware of the reason for the apology post 2Baba dropped on his Twitter page in the early hours of Monday morning, the 11th of February, to his wife, Annie Idibia, but it shows there seems to be trouble in the Idibia paradise.
The legendary singer this morning posted an apology on Twitter with the reason for the apology not revealed. In the tweet, he apologized to Annie to messing up and not being a good role model as a father and a husband, asking that the wife forgive him. 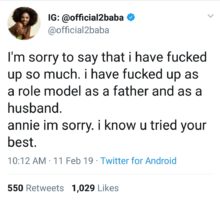 The second post was scarier and although less expressive, was proof that something is indeed not right as the 2Baba said;
“Annie u have been my pillar, efe u have been a wonderful manager and ig bro. my fans have beb…m…m… ” 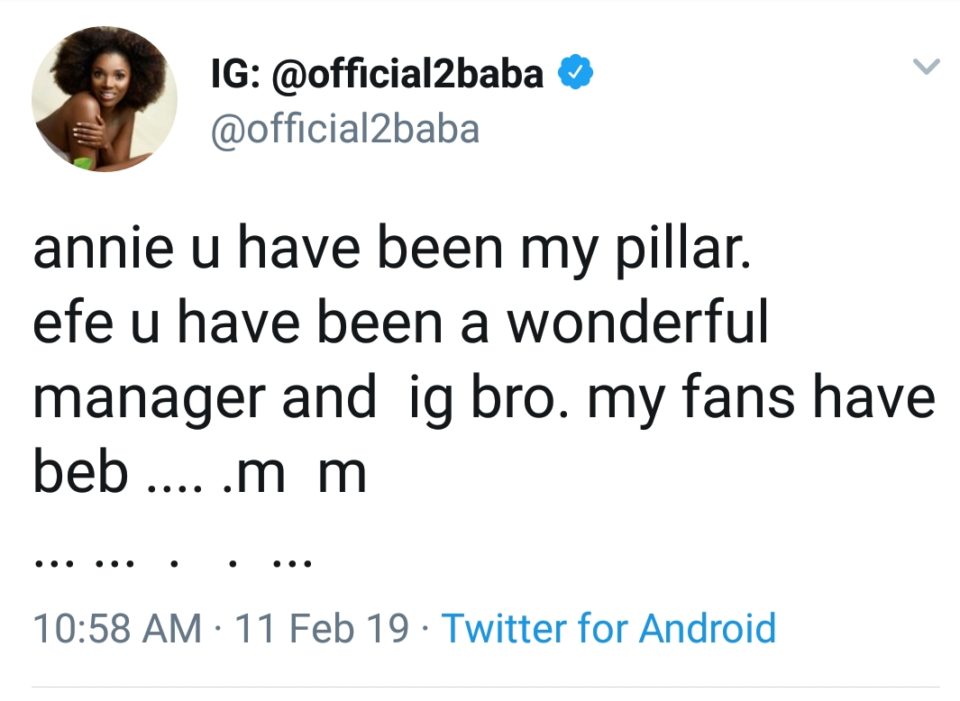 While nobody is aware of what is presently going on, the last status on his wife’s instastory which was about eight hours before his tweet might just be proof that something is indeed going on that is not yet public. 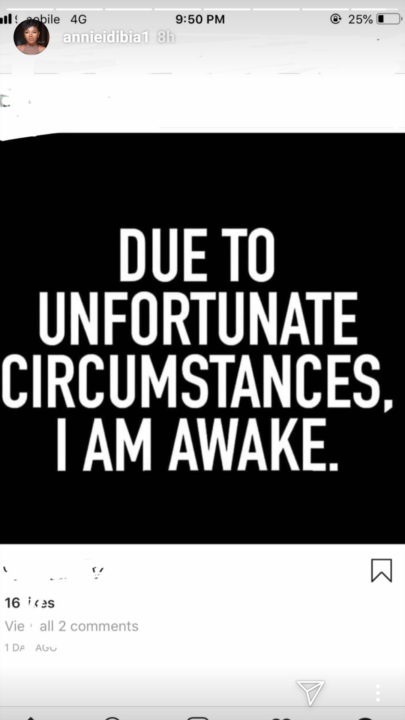 We hope they resolve their issue and everything becomes peaceful again.
WATCH HOW TO UPLOAD ON NIGELZIENT
WHATSAPP - 08185273443