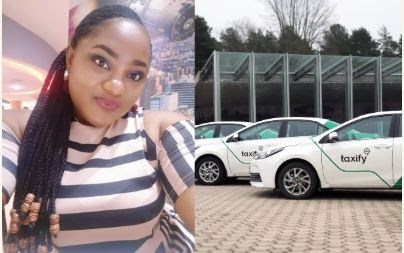 A Nigerian lady who took to Facebook to share a sad experience, disclosed that she encountered a female Taxify driver from hell in a recent ride request.
According to the Nigerian lady identified as Blessing Ocheido, the Taxify driver became rude to her when she realized she wasn’t going to a far distance.
She further disclosed that the Taxify driver who kept dropping calls on her when she tried to explain her location, canceled her ride after she pointed out how rude she was upon arrival.
Blessing also shared screenshots of text messages she received from the ‘Female Taxify driver from hell’, after the ride got canceled.
She wrote:- 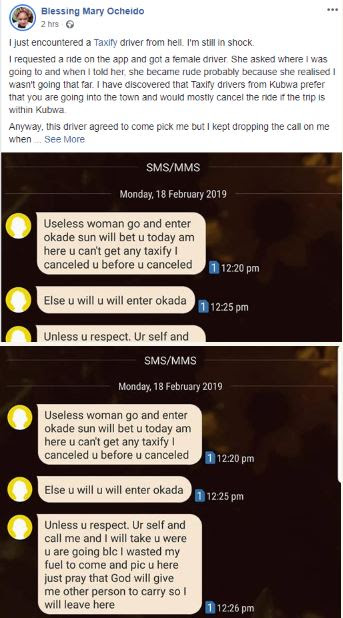 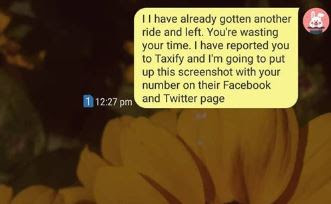