BBNaija is Almost Here!!! Who’s Your Favorite Contestant Among The Past BBNaija Housemates?? 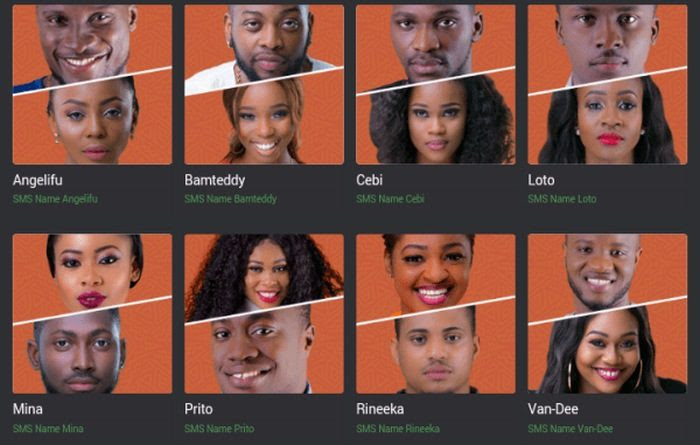 Big Brother Naija, formerly known as Big Brother Nigeria, is a Nigerian reality competition television series, based on the Big Brother television in which 12 contestants live in an isolated house and compete for a large cash prize and can only win by avoiding being evicted from the house by viewers.
It’s almost that time of year again when a bunch of strangers live in an isolated house for a new season of Big Brother Naija, competing for a cash prize of 45 million naira.
The Fourth season of the reality show is set to kick off around March, and as we anticipate, we look back and discuss some fact about BBNaija.
The first season of the show first aired on DStv Channel 37 from March 5 to June 4, 2006. In a twist to the game, two new contestants were introduced on Day 23, much to the excitement of the remaining house mates.
Ebuka, the most popular house mate for several weeks into the show and widely believed to emerge winner was the seventh house mate to be evicted; And the Winner was Katung Aduwak
The second season of Big Brother Nigeria (entitled Big Brother Naija) premiered 11 years after the first season. Efe Ejeba emerged winner of the second season in 2017 while Miracle Igbokwe from Imo State emerged winner of the third season in 2018.
The 2017 housemates include; T-Boss, Soma, Miyonse, Gifty, Uriel, ThinTallTony, Kemen, Bally Efe, Marvis, Bassey, Debiee Rise and Bisola, While the 2018 housemates include; Ahneeka, Alex, Angel, Dee-one, Ifu Ennada. Rico Swavey, Khloe, Teddy-A, Tobi, Princess, Ceec, Miracle, Lolu, Nina, Vandora, Anto, K.Brule, Bitto, Leo andBambam.
WATCH HOW TO UPLOAD ON NIGELZIENT
WHATSAPP - 08185273443