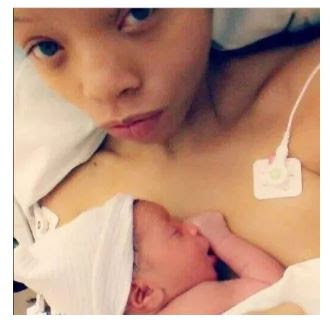 A 23-year-old woman identified as Lovily Johnson has pleaded guilty to second-degree murder after she left her baby in hot car for 3 days while partying hard in town.
Lovily Johnson from Michigan, USA, left her 6-month-old baby Noah in her car seat for days without any food or water and the air conditioning was left off.
Police said the temperature in the attic bedroom hit 32C. Johnson was sentenced to between 20 and 80 years behind bars.
During sentencing Judge Mark Trusock at a Kent County Circuit Court described her actions as “outrageously disturbing”.
Judge Trusock added he hoped she never had the opportunity to have another child.
The horrific crime came to light when she took Noah’s decomposing body, still in the car seat, to the Helen DeVos Children’s Hospital in Grand Rapids on July 19, 2017.
An autopsy carried out on the little boy, who weighed just 12 pounds when he died, found he was severely dehydrate, malnourished and had severe nappy rash.
WATCH HOW TO UPLOAD ON NIGELZIENT
WHATSAPP - 08185273443