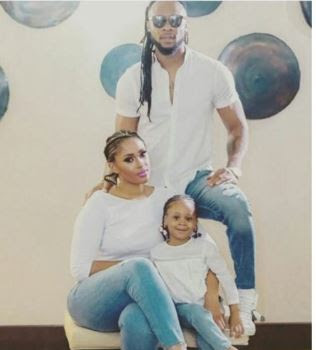 Singer Flavour and former beauty queen, Sandra Okagbue, have allegedly parted ways and are no longer in talking terms, according to reports.
The couple who allegedly secretly got married two years ago, welcomed their second child, a baby girl in America, last year November.
According to the report, the crack between Sandra and Flavour had started before she took in for the second time, but nothing could be mended and the high life crooner has moved on to his second baby mama Anna Banner whom he gifted a Duplex in Lekki and has been moving around with.
The Reason for the break up is not fully stated but Sandra has covered the ‘Chinedu’ tattoo on her right hand and allegedly moved on with her life, the report said.
WATCH HOW TO UPLOAD ON NIGELZIENT
WHATSAPP - 08185273443