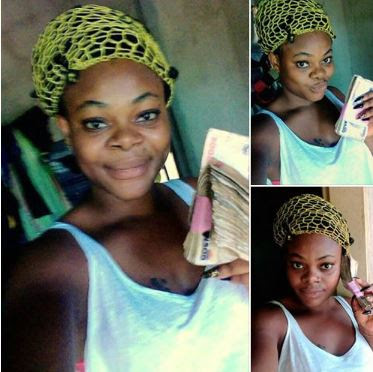 A young Nigerian lady has become a subject of discussion online after flaunting wads of cash claiming it was given to her by her boyfriend.
Few weeks ago, the lady who claimed to be a graduate of University of Lagos, UNILAG (a claim strongly refuted by online users), took to Facebook to share pictures of herself while showing off a condom as she claimed she needed to be “serviced” at that moment.
Now, the young lady claimed took to Facebook to shade other boys while claiming she was given N100,000 to buy ice cream as she publicly professed love for her supposed boyfriend.
Flaunting the money online, she wrote; when you have a good boyfriend not all this poor poor boys that can’t give there girlfriend 100k to use and buy ice cream thanks to my boyfriend kiss kiss.. 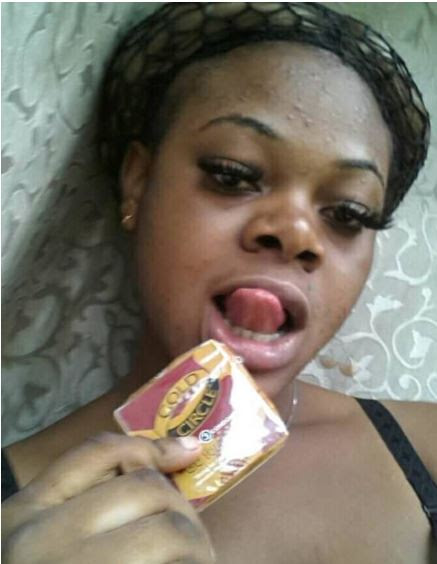 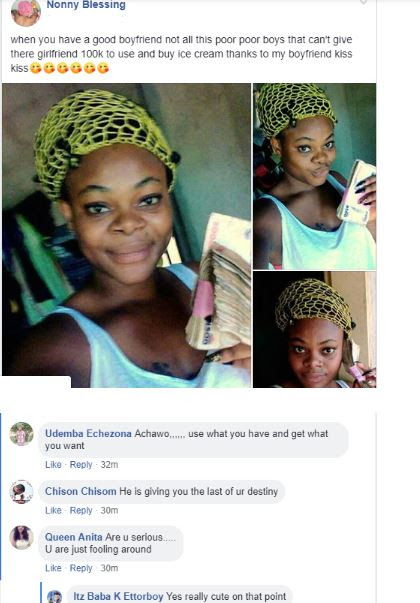 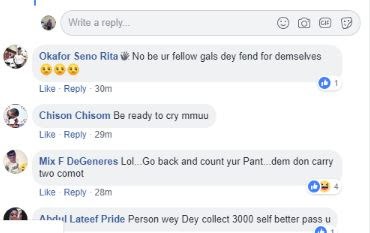