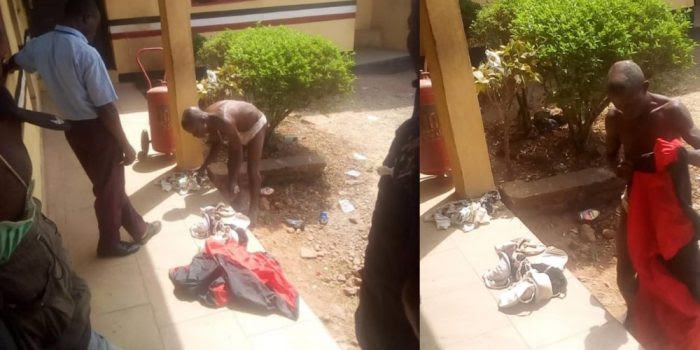 A yet-to-be identified man was today caught in with female pants, bra and soaked sanitary pad, and based on the recent trend he has been suspected of being a ritualist.

The man was apprehended while picking female undies and soaked sanitary pads in Akure, Ondo state.

This was made known on Twitter by @YemieFASH, who said the man was apprehended by some motorcycle riders who noticed his suspicious moves.

Sharing photos of the man, he wrote;

This man was caught by bike men in Akure, Ondo State while he was picking female pants and bra,he also picked a soaked sanitary pad according to report. He has been handed over to men of the Civil Defence Corps, Ondo Command. Please keep your undies. Won ni ka pata e o 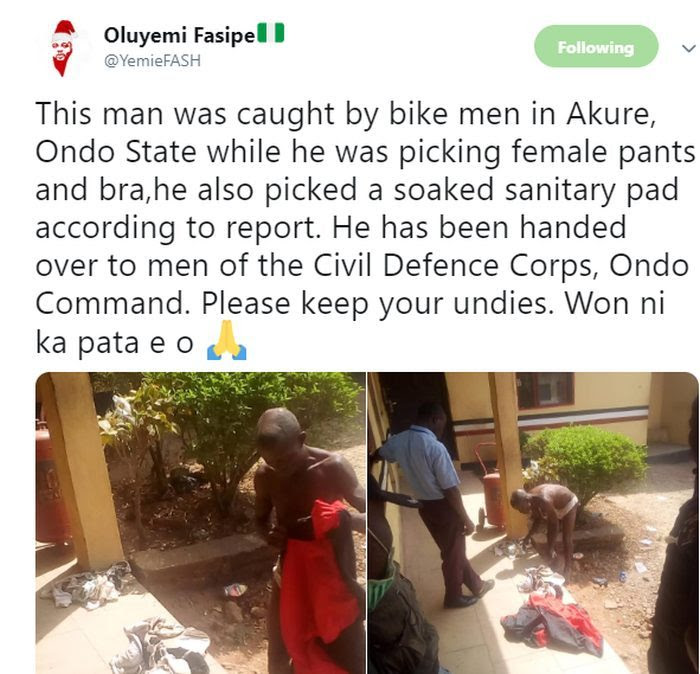