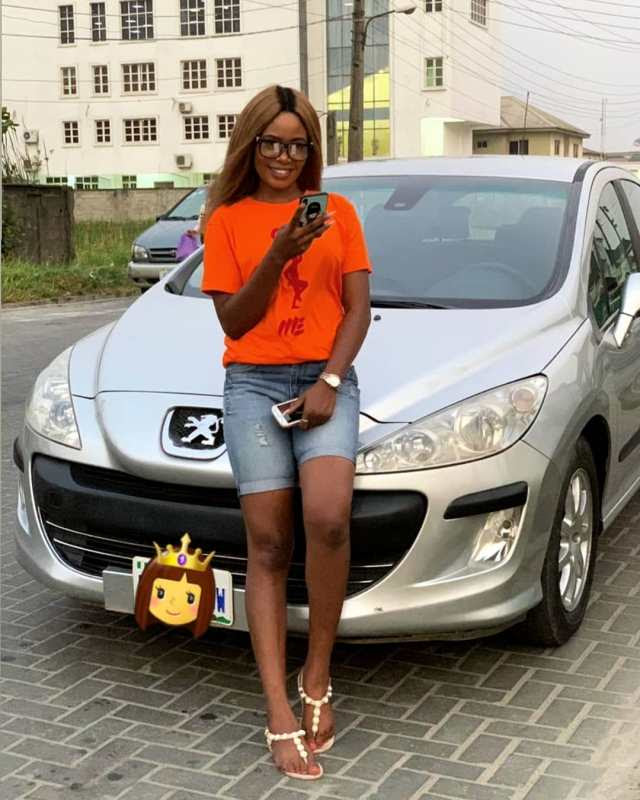 Let’s be straight… Most of you all are of the opinion that Aunty Shaggi is Broda Shaggi’s girlfriend.. and if they weren’t dating, He must have been hitting it somehow… and the rumors even increased when Shaggi bought her a car.

However, in a chat with Sunday Scoop, Aunty Shaggi maintained that she had a boyfriend. Speaking about her relationship, she said:

“My boyfriend knows that what is between Broda Shaggi and me is work. Also, I don’t think Broda Shaggi’s girlfriend sees me as a threat too.”

Aunty Shaggi also stated that the car gift came as a surprise to her too. She said,

“When the car was presented to me, it took me about 20 minutes to come to terms with it. I kept shouting that it was a lie. It was an amazing feeling and I felt overwhelmed. This is my first car.”

Describing 2018 as her year of rebirth, she said:

“Last year was great for me. I was accepted by Broda Shaggi, which gave me the needed exposure. I visited the United Kingdom and started my own initiative, A Date with the Counsellor. As if all these were not enough testimonies, God crowned it all with the gift of a car from Samuel Perry.”