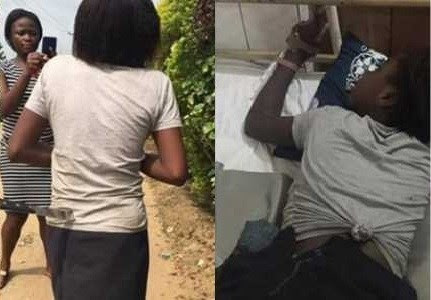 A Facebook user identified as Sonia Joy Esego, has taken to the social media platform to reveal how her sister sustained injury after their 22-year-old brother stabbed her in the back because she was slow in making his food at their home in Port Harcourt, Rivers state.

She shared photos of the young lady who is currently nursing an injury and wrote:

”My younger brother did this to my little sister because he ask her to make him food which she was doing he said she was slow dats d reason he stabbed her.

“We lost our father last year November ever since this boy has been hurting my siblings I reported dis case to the police station and now my father family is asking my mum to tell me to withdraw the case the boy in question is just 22 and his the first son was I wrong in reporting the case?” 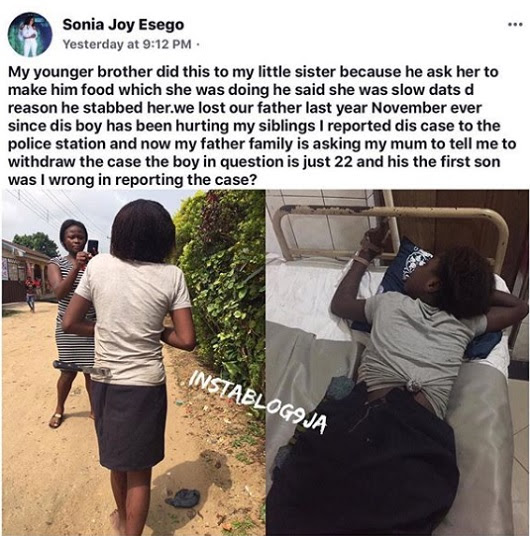