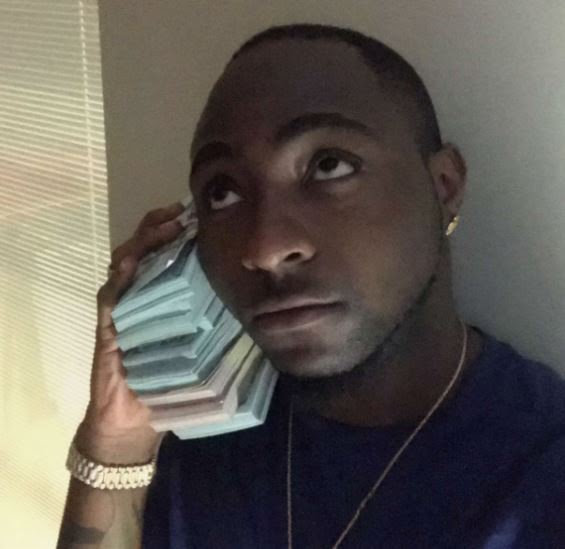 DMW boss, Davido who is also known as OBO has seem to have this distinct affiliations for cars (machines).
The 30 billion gang leader has added a Rolls-Royce Cullinan 2019 worth 350 million naira. The features of this car are unlimited.
This celebration came days after Davido threatened one music critic, Ayojaguda by name, not to enter the whole of Africa with his family. Ayojaguda, had earlier accused Davido of buying views on YouTube for his just released ‘Wonder Woman‘ song.
Although, no update has been giving since then as sources have it that the two are now in good terms after David reacted to one of Ayojaguda’s tweet with a smiling emoji.
Photos below: 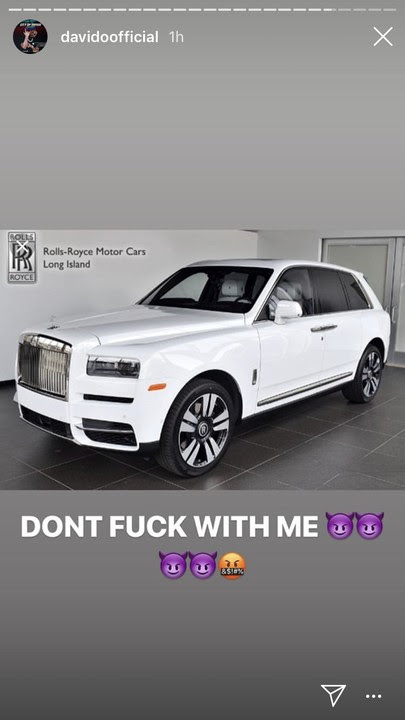 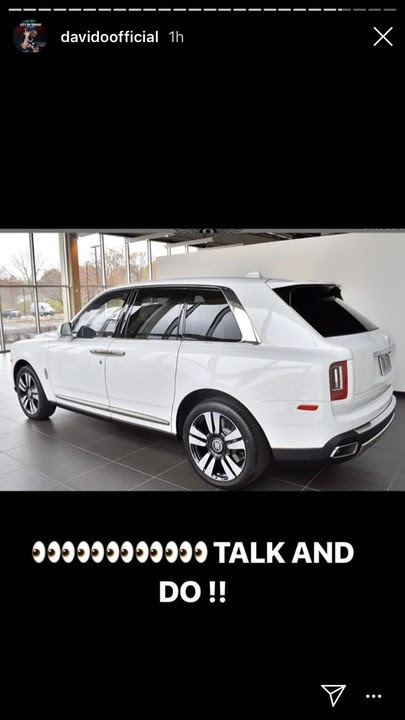 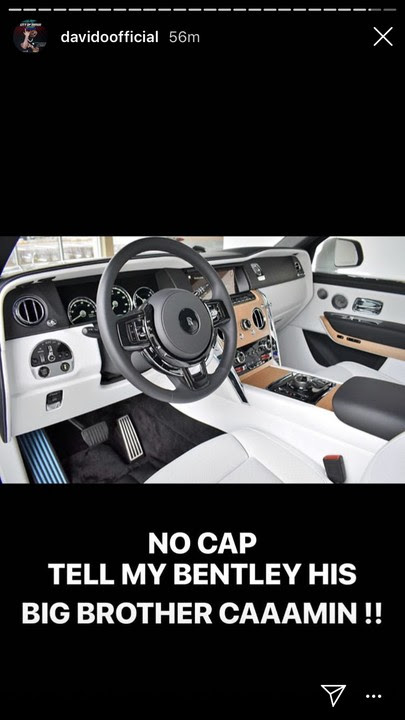