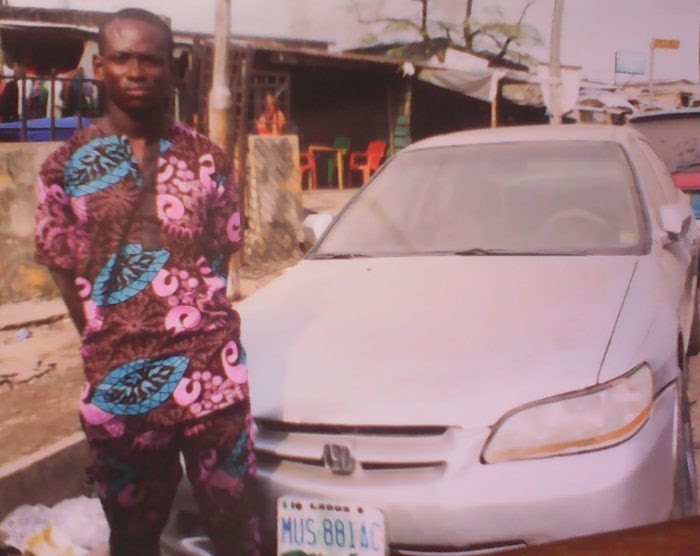 The suspect allegedly confessed to the police that he dropped out from SS one at Isale Eko Grammar School, Lagos Island to join robbery gang in 2017.

Nemesis caught up with the suspect in November, 2018 at about 10pm when the Deputy Commissioner of Police, DCP in charge of FSARS, Lagos Island, Mr Ibrahim Kaoje received a distress call from a motorist that suspected robbers were robbing broken down vehicle owner along the Ilubirin axis of the Third Mainland bridge, Lagos Island, Lagos.

A police source disclosed that following the report, Kaoje deployed a team led by SP Olaniyi Festus to the scene to rescue the victims and arrest the suspects.

On sighting the police, the suspects escaped into the bush, with the police chasing after them and arrested Sulaimon, while his accomplice identified simply as Rilwanu managed to escape.

During investigation, according to the Police, Sulaimon allegedly confessed to the crime and stated: “I am a native of Kwara State and my friends, Gojebo and Agbara who lives at Oyingbo, Lagos who are currently being remanded in Prison for robbery lured me to dropout from SS I at Isale Eko Grammer School, Lagos Island to join them in robbery in 2017.

“We normally hide inside the bush by the Ilubirin Housing Estate along the Third Mainland bridge, Lagos Island from 10pm to target broken down vehicle owners.

“And once we sighted any broken down vehicle in the area, I and my friend Rilwanu now on the run would rush out from the bush to attack them with broken bottles and we would rob them of their money and phones, ransack their vehicles and escape intoe the bush again.

“I promised to go back to Kwara State to start trading if I am set free from this case,” Sulaimon allegedly confessed to the police.

A police source said the suspect would be charged to court after conclusion of investigation.