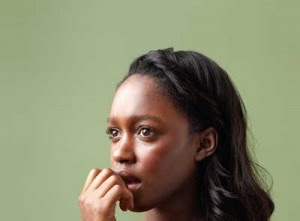 A 15-year old girl has told the police how she became a sex slave for her biological father who insisted that he must sleep with her before he would pay her school fees in Lagos.

She revealed that the sexual assault started two years ago and she had endured because she wanted to go to school but was ashamed to reveal it because he was her father.

However, the father did not see any reason to stop the dastardly act as she was subjected to a sex slave at her age. It was learned that when the demand for sex by her father increased and became unbearable for her, she went to the police and reported.

We scooped that the police intervened by rescuing the victim, kept her in protective custody at Mirabel Centre in Lagos and arrested the father for defilement.

The 35-year old father was identified as Mr. Michael Igbaniba. During the investigation, the Police learned that the suspect also made his daughter to abort a pregnancy and she reported the matter to their Church Pastor but her father stopped her from going to the Church.

The suspect was later released on bail before the news got to the Human Rights Office who ordered that the suspect be rearrested and that the case should be transferred to Isokoko Police Station for him to be charged to court.

The investigating Police Officer in charge of the case, Inspector Stella, declined to speak with our reporter and the OC JWC/Human Rights of the Station, Inspector Modupe, could not be reached to comment on the case. The case was later transferred to Isokoko Police Division.