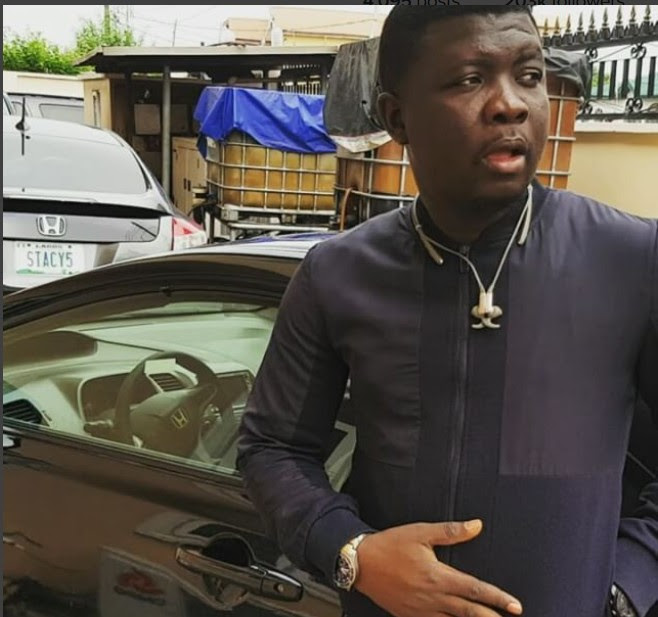 Yesterday, the EFCC announced the arrest of one Adeyemi Olufunmilade, a suspected serial fraudster who has allegedly swindled quite a number of Nigerians.

Comedian, Seyilaw who has also fallen victim of Adeyemi’s fraudulent acts, took to his twitter page to identify the suspect as the son of a pastor in the church he attended while growing up.

Adeyemi is said to be the son of a senior pastor in the Christ Apostolic Church where he holds a National office.

Seyilaw who saw the news of Adeyemi’s arrest on EFCC’s official twitter, wrote:-

”He is the son of a Pastor in the church, I attended growing up. He defrauded me too. @officialEFCC can I bring my case too? Thanks. His father once asked me, who is your father in this church because I begged for N1000 to complete my Jamb form fee and his son defrauded year later”. 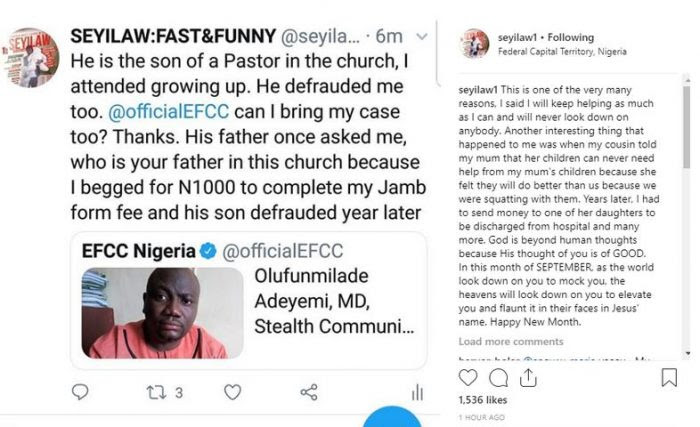